The Hart Foundation, Demolition, The Islanders, The New Dream Team, & The Bolsheviks

Well, I the cat is out of the bag.  I REALLY enjoyed Survivor Series 1987.  A time when ALL of the matches were elimination matches.  Man, those were the days.  Remember Survivor Series 1990?  When the main event was all the faces that survived facing off against all the heels who survived?  Alright, okay.  Getting ahead of myself.

Let’s be completely honest here.  This match is on the list because it is insanity at it’s finest.  It is a tad long for, well, any match.  However it doesn’t feel that long.  Mainly because you’ll be thinking to yourself, “Wait, is that?” and let me tell you that it is in fact who you think it is.  It contains some of the best tag teams of the 80’s, and FIVE managers on the heel side.  It also has the crazy finish of the Killer Bees putting on masks to get the pin fall.  I mean how is that even…oh wait, it’s professional wrestling.

Man.  This entire match was full of current or future Hall of Famers.  In a match to see who would basically live between WWF and ECWCW.  And, if you really think about it, you only had two real and true invaders in this match with Booker T and Rob Van Dam.  Everyone else had been in WWF for a decent amount of time at this point.

In a surprising turn of events, The Big Show did not turn heel in this match.  I know, the odds were high, but you just have to believe me.  It also contains some great stuff between Van Dam and Jericho.  The reactions from both locker rooms during the match is pretty hilarious, and the commentary team of Jim Ross and Paul Heyman is worth the viewing alone.  Especially after Team Alliance loses.  The look on Paul Heyman’s face.  Priceless. 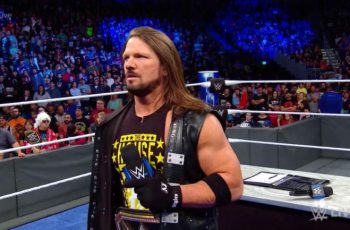 In an exclusive interview AJ Styles did with Newsweek, he … 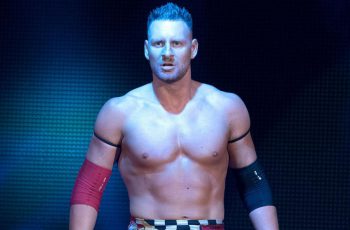