Sony has revealed 2 release dates for upcoming films from their Marvel licenses. The first date, July 10th, 2020 is presumed to be the Jared Leto led Morbius film while the second date, October 2nd, 2020 is thought to be the follow up to this year’s surprise October hit, Venom. Neither has been confirmed as of yet, but with Morbius preparing to go into production soon and Venom’s success, these 2 options make the most sense. . . especially since we know the Silver and Black movie has been shelved indefinitely and haven’t really heard much of anything about either Nightwatch or Kraven.

Back in March, we revealed the logline for Morbius which indicates a familiar story.

Horror action story of a scientist who, in trying to find a cure for a rare blood disease, accidentally transformed himself into a living vampire who, though disgusted by his own bloodlust, chooses to prey upon criminals he deems unworthy of life.

We also revealed a number of character who are slated to appear in the film here, here, and here.

The Venom sequel could go in any number of different directions. The end credits scene revealed a possible villain, but who knows if that’s the direction they’ll choose to go in. Tom Hardy is signed on for a total of 3 films, which could be the 2nd and 3rd Venom films or possible even a team-up in another movie . . . maybe they’ll actually get the Sinister Six off the ground.

The next time you’ll be able to see Spider-verse characters on screen is on December 14th, 2018 with the animated film, Spider-Man: Into the Spider-Verse, featuring the voices of Nicolas Cage, Jake Johnson, Hailee Steinfeld, Liev Schreiber, and more.

As more information is revealed on all of these films, you can be sure we’ll be keeping you updated. Be sure to catch Superhero News Network on That Hashtag Show’s YouTube Channel where we break down all of the latest Comic Book and Comic Book movie news. 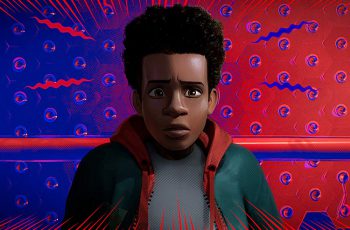