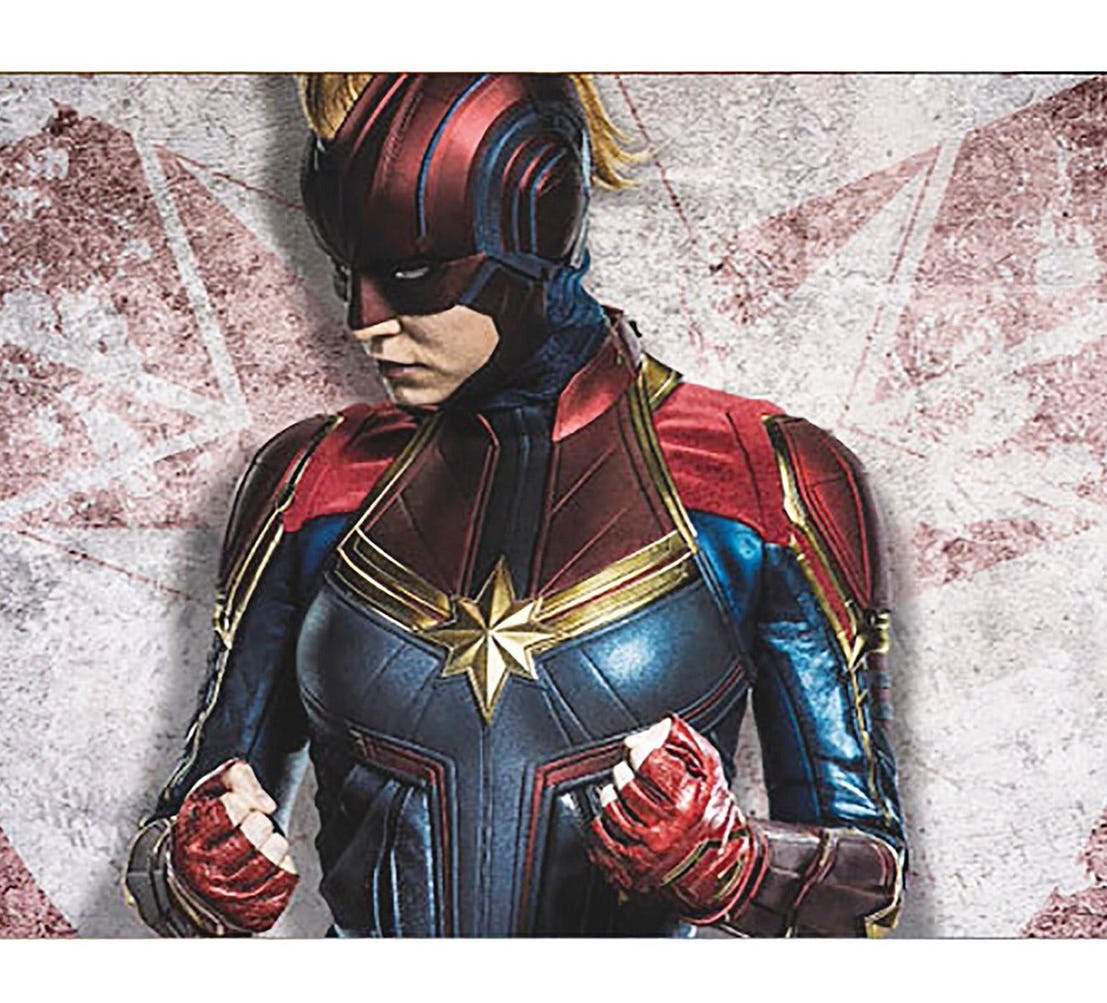 Captain Marvel is coming to a theater near you in March 2019 but her merchandise is hitting shelves next January. New promotional images are giving us our best glimpse yet at the hero’s classic red and blue costume, even showing us what her mohawked helmet will look like. 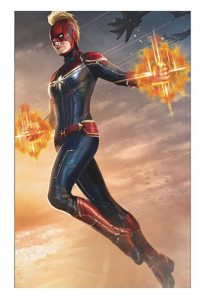 The helmet is a mainstay of Carol Danver’s comic book costume and we have seen peeks of the helmet in the film’s first trailer but only in its Kree-green color scheme.

The other promo images feature a much clearer and more detailed look at the Captain’s red and blue costume than the trailer gave us. The images also showcase a few mockups of some of the merchandise we’ll be seeing early next year, including a notebook and a diary. 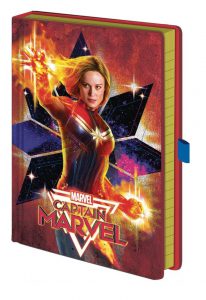 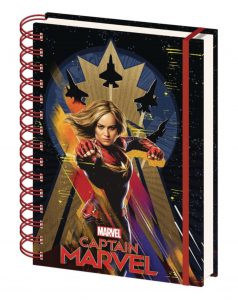 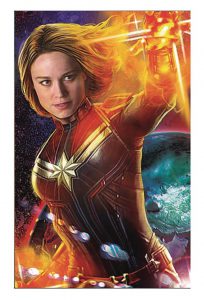 Captain Marvel will be set in 1995 and will tell the story of how Carol Danvers (played by Brie Larson) becomes a member of the Kree Starforce, a cosmic superteam, and eventually finds her way back to Earth during a mission to investigate shapeshifting Skrulls who have infiltrated S.H.I.E.L.D.

The film will also bring back some familiar MCU faces such as a younger Nick Fury (Samuel L. Jackson) and a younger Phil Coulson (Clark Gregg). Also returning will be Ronan The Accuser (Lee Pace) and Korath (Djimon Hounsou) who audiences haven’t seen since they were trying to destroy the planet Xandar in the first Guardians Of The Galaxy film. 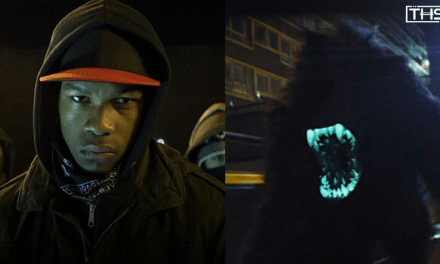 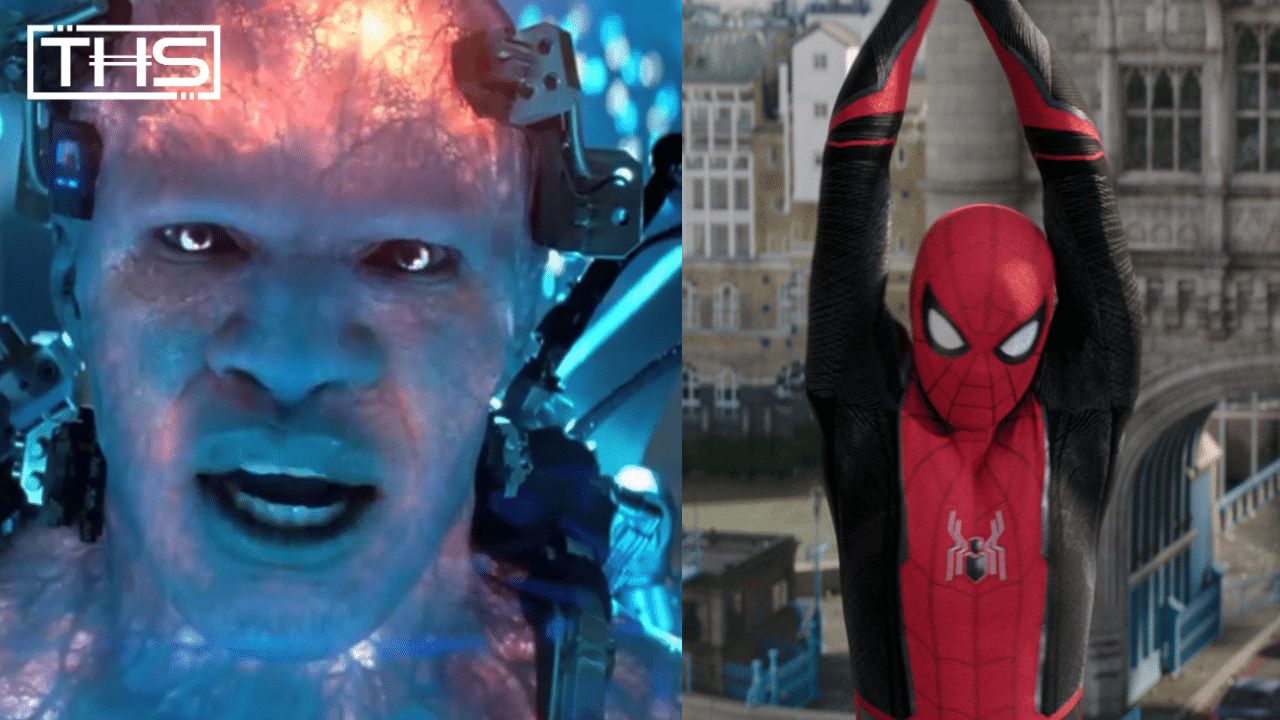 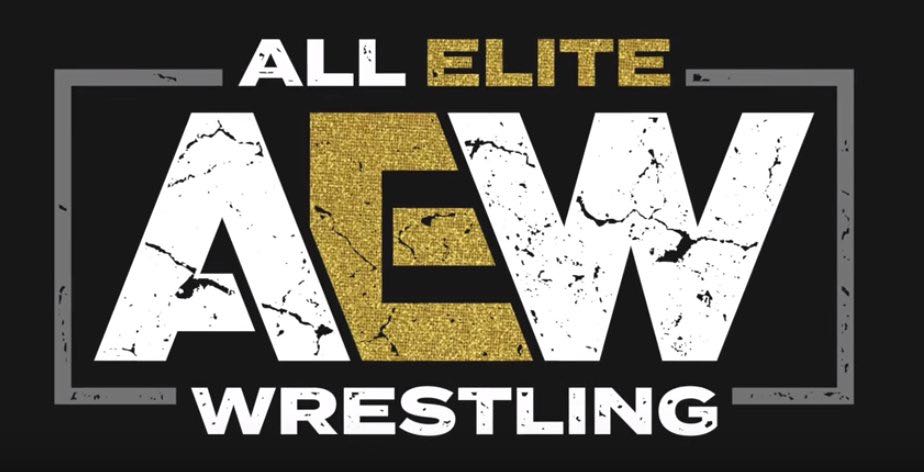 AEW: What We Know So Far About All Elite Wrestling