Share
Tweet
25 Shares
v2vdesigns fan art of Captain America holding Loki's scepter could explain some old set photos. Click To TweetOver weekend v2vdesigns produced a piece of fan art that really started the wheels turning for some fans. The picture, seen below, is an edited version of one that was originally taken on January 10th and was among many that featured Chris Evans, Robert Downey Jr., Paul Rudd and Mark Ruffalo in what certainly appears to be the Battle of New York from the original Avengers film. As you can see, v2vdesigns has replaced what was a rather ordinary looking stick in Evans’ hand with Loki’s scepter, the relic which was eventually revealed to house the Mind Stone. 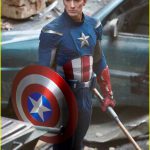 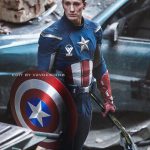 That large series of set photos, which can be found in full at Just Jared, has always generated a great deal of speculation but this fan edit of that one picture seems like it may have hit the nail on the head and has really started the gears turning for many fans, including myself. That day was one of at least a few where the Battle of New York was revisited, but it was memorable for revealing Evans’ original Avengers uniform, the devices each Avengers is wearing on their hands and the inclusion of Ant-Man, who was not present at the original Battle of New York. The photos generated an incredible amount of speculation when they were originally seen and have continued to be the source of fan theories ever since, but this edit, which indicates that their primary reason for revisiting the Battle is to acquire the scepter and the Mind Stone REALLY seems to hit the mark.

While it’s only speculation based on speculation, the idea that the Avengers have gone to the Battle to retrieve the scepter is a scintillating one, but it also generates more questions than answers. The Avengers had possession of the scepter multiple times in the original film, so why this moment, when all the damage was already done? Why not just head back in time to when Stark and Banner were examining the scepter on the Hellicarrier? We have no way of knowing the answers to those questions, but maybe asking one more question might address those: when did the Avengers become the Avengers? At the time they were all on the Hellicarrier, they were, in Banner’s own words they were not a team, but a “time bomb.” The events on the Hellicarrier did not unite the team, it separated them. It was only after Coulson’s death and their subsequent assembling on the ground in New York that they did, in fact, become the Avengers. IF the heroes are actually traveling through time, it’s possible that going back to a point prior to the one they ultimately chose (post-Battle of NY) might drastically alter the course of events and prevent the team from ever coming together. Obviously time travel would cause all sorts of problems and having to pinpoint WHEN in the space-time continuum to travel to might be one of them.

If we were to accept that this scene is about retrieving the scepter and the Mind Stone, even more questions are generated. Are they gathering all the stone for their own gauntlet? If so, at what points in time will they be attempting to jump in and grab them and what consequences would those jumps have? The Power and Reality Stones, which were stored safely on Xandar and Knowhere, respectively, would seem easy enough to attain without interfering with anything but the destruction of those places. The Space Stone could seemingly be collected at any point in history, drastically altering the entire timeline of the MCU. The Soul Stone certainly seems to pose quite a problem given it’s requisite sacrifice. Why would any of it matter unless you first got possession of the Time Stone? Are these even the right questions to be asking, or are we WAY off base? Again, far more questions than answers and that’s both the beauty and the danger of fandom! And, of course, despite the amount of time spent pondering these and other theories, we still have no idea what to expect when Avengers 4 hits theaters next year and are still awaiting our first look at a trailer. It’s possible we’ve spent a lot of time thinking about things that will never come to pass, but we’d love to hear what you all think about where things are headed! Let us know in the comments, on Twitter and on Facebook!

CAPTAIN AMERICA Stephen Broussard is a longtime producer of Marvel … 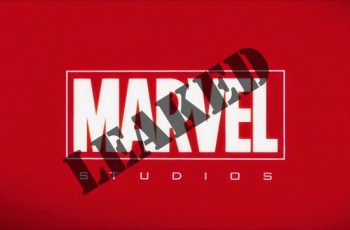 While none of the below information has been confirmed to …