On the most recent episode of AMC’s Talking Dead, Ross Marquand was asked about his future in the MCU as the villainous Red Skull and he was rather secret about the whole thing.

After a rather eventful episode in the mid-season finale of The Walking Dead, Marquand appeared on AMC’s Walking Dead discussion show Talking Dead where he was asked by Robert Kirkman if he would be appearing in the upcoming Avengers 4.

“I don’t know. I can’t answer that question. I really don’t know”.

It seems to be that Ross Marquand is playing rather coy regarding the whole thing which is completely understandable as Marvel likes to keep all of their projects incredibly secret, likely hood is that he was warned not to say anything regarding Avengers 4 of his future in the MCU. However given his role and how surprising it was to see him in Avengers: Infinity War, it is likely that Marquand simply does not know anything whatsoever.

Would you like to see Red Skull return in Avengers 4? Let us know in the comments below! 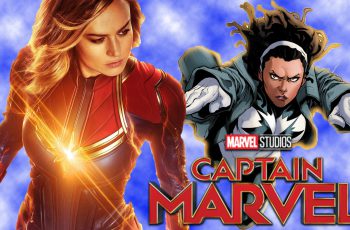 While Monica Rambeau has taken on the Captain Marvel mantle …