Share
Tweet
66 Shares
Gunpowder & Sky’s sci-fi label DUST, announced today the exclusive, international digital premiere of Rian Johnson’s (Star Wars: The Last Jedi) acclaimed 1996 student short film Evil Demon Golf Ball From Hell!!!, set to debut on DUST’s channels on December 7th through December 10th. This exclusive release is part of a partnership with the USC School of Cinematic Arts, whereby DUST will showcase one student’s sci-fi short every day of the week and will conclude with the Johnson premiere.
Last year, DUST secured the digital premiere of George Lucas’ 1967 student short, “Electronic Labyrinth: THX 1138 4EB”, timed with the theatrical release of Star Wars: The Last Jedi, written and directed by Johnson. Since then, LucasFilm tapped Johnson to write and direct a new Star Wars trilogy, one that will be detached from the main Skywalker saga and tell a separate story exploring a galaxy far, far away.
“Sharing Rian Johnson’s short film with sci-fi lovers worldwide and showcasing it during the USC Student Film Week encapsulates everything we strive for with DUST – honoring the works of sci-fi masters such as Lucas while also celebrating the passing of the torch to the next wave of future filmmaking icons like Johnson,” said Eric Bromberg, General Manager of DUST. “We are excited to, once again, work with USC to bring attention to some of their up-and-coming filmmakers while paying homage to the sci-fi legends of both yesterday and today.”
Evil Demon Golf Ball From Hell!!! is part comedy, part thriller following a man who is haunted by an unusual type of fiend after a bad deed is done. For more than 22 years, Johnson’s short has been taught at the USC School of Cinematic Arts as an example of how to make an incredible short film on a shoestring budget and continues to receive acclaim for its deft camera movements.
The following shorts will debut during USC’s Student Film Week on DUST:
12/3: “Perfectly Natural” directed by by Victor Alonso-Berbel
12/4: “Connected” directed by Christopher Satola
12/5: “The Fringes” directed by Lily Darragh Harty
12/6: “Yes, Today!” directed by Dimitry Kovalev
12/7-12/10: “Evil Demon Golf Ball from Hell” directed by Rian Johnson
DUST, with more than 2.5M fans, recently announced the expansion of its sci-fi channel, DUSTx, now available on Roku and Twitch. In November, DUST also premiered its first feature film, PROSPECT, which is currently in theaters nationwide,
Share
Tweet
Email
Prev Article
Next Article

With Disney’s news about the future releases of STAR WARS … 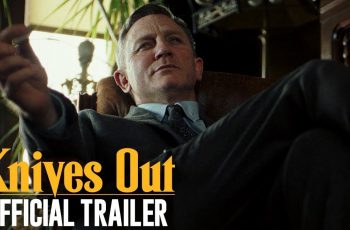 Rian Johnson has been hard at work on his first …