“Everything is proceeding as I have foreseen.” Emperor Palpatine says those words to Darth Vader in Star Wars Episode VI: Return of the Jedi. But was it? Was everything proceeding as he had foreseen? Perhaps, to that point, it was. But there was something the Emperor could not predict. Something his overconfidence overlooked. And it was something that led to his Empire’s ultimate defeat. That something? Ewoks.

I know, I know, it sounds crazy, but think about it. I suppose it’s possible that Han and co. could have destroyed the shield generator without some “short help.” Notwithstanding, Emperor Palpatine could not predict the role the fuzzy little murder-bears of Endor would play in the Empire’s downfall. Until Han, Chewie, Luke and Leia arrived on Endor aboard their stolen Imperial shuttle, the Empire probably had no idea Ewoks even existed on the forest moon. If they did, Biker Scouts probably just used them for target practice. The Empire certainly didn’t consider the pint-sized wookiee-wannabe species a threat.

Through both Star Wars Legends and canon lore, one thing remained constant. The Emperor harbored a distinct disdain for non-human species. With the exception of Grand Admiral Thrawn, the vast majority of Imperial officers were not only human, but white males at that. Others were insignificant to the Empire, often resulting in genocide of entire races as the Empire destroyed their planets. It stands to reason that the primitive Ewoks of Endor would never even blip the Emperor’s clairvoyant radar.

“Everything that has transpired has done so according to my design. Your friends, out there on the sanctuary moon, are walking into a trap…,” Palapatine tells Luke aboard the Death Star. “It was I who allowed the Alliance to know the location of the shield generator. It is quite safe from your pitiful little band.”

Well, first of all, there are many Bothans who would have begged to differ with that statement. Nevertheless, the shield generator wasn’t safe from the “little band” of Rebel soldiers… once they connected with the Ewoks. They led Han and company to the “back door” entrance. Ultimately, the Ewoks helped turn the tide of the planet-side battle to allow Han and Chewie to destroy the shield generator. The rest is Star Wars history.

“Saw Gerrera used to say one fighter with a sharp stick and nothing to lose can take the day.” Jyn Erso used that sentiment to inspire her troops in Rogue One. Hundreds of Ewoks with sharp sticks, however, and rocks, and other primitive weapons… The Imperial war machine simply wasn’t designed to combat such simple things. Yes, the Emperor’s overconfidence was indeed his weakness. If it hadn’t been, perhaps a bunch of carnivorous Care Bears wouldn’t have bested a legion of his best troops.

Call Han, Luke, Leia and the others heroes all you want. Would the Empire have fallen without Ewok assistance?

I don’t know. What do you think? 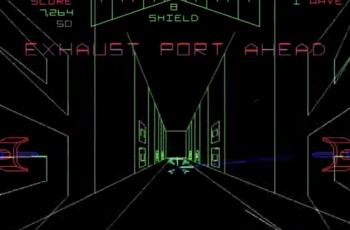 If you are a fan of STAR WARS arcade machines … 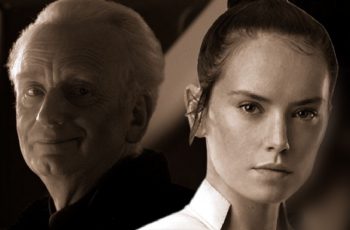 The Star Wars: The Rise of Skywalker novel continues to …