Someone hit the pause button on the world and only one man can unpause it in THE FREEZE #1.

Ray Adams goes to work at his office like everyday and a superior asks him to fix his computer.  Adams crawls under a desk to see it had come unplugged and after he plugs it back in his world is frozen.

Everyone is frozen in place.  Adams walks through the office and sees everyone perfectly still and stuck in position.  When he looks out the window he sees car accidents everywhere. The people are frozen, but the objects are not.

While Adams is walking around the office he trips and falls on a woman.  However, when he touches her she becomes unfrozen. She doesn’t remember anything other than walking one moment and Adams on top of her the next.

Adams discovers he can unfreeze people by touching them.  The woman tries to unfreeze someone, but it only works for Adams. Adams and the two women he unfroze start going around and unfreeze people around them.

Flash-forward to Adams on a mission to find a woman in a school and unfreeze her.  It looks like Adams now goes around and unfreezes people he is directed to unfreeze.  However, another group doesn’t want Adams doing this and began shooting at his group as they scramble to their helicopter.

I have really high hopes for this series.  This issue had me hooked and can’t wait to see what the next issue brings.

The nightmare of being alone in a crowded room is front-and-center in this comic.  Adams was alone even though surrounded by the whole world because he was the only one who could move.  However, now he is the only person who can save it.

Adams has a lot of pressure on him to unfreeze the world.  He has to play God and decide who gets to become alive again and who stays dead.  People are frozen with incurable illnesses which could be cured with more research time, but what if Adams accidentally unfreezes them?

This could also turn into a Walking Dead kind of epic story.  Adams and his group could wander around unfreezing people all while scavengers are trying to kill them and steal their supplies.

I am also interested to see what caused this event.  Could this event be a world wide occurrence? Also why was Adams not affected, why can he unfreeze people and lastly is he the only one?

A comic like this has an amazing base and the sky’s the limit as far where this comic can go.  This could turn into a light horror comic, an adventure comic or a conspiracy comic. I can’t wait for the next issue to find out where the story goes. 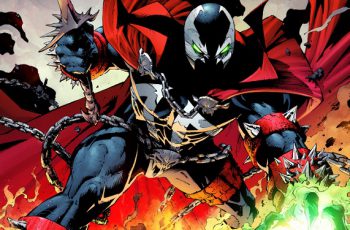