A new picture of Joaquin Phoenix as the Joker has been shared by The Daily Mail as filming on Joker concludes.  The shot shows the actor in full make-up and costume.  Phoenix is standing on the stairs that he and co-star Zazie Beetz filmed their final scene in front of.

Phoenix and Beetz shared their final scene on a steep stairway in Brooklyn.  Beetz’s character Sophie walks away, with her daughter, from Phoenix’s Joker. While this was the last scene filmed, it is probably not the last scene of the movie.  Films are often shot out of order due to location availability and actor’s schedules.

Joker is a stand-alone film unrelated to the current DC cinematic universe.  It takes place in 1981 with failed comedian Arthur Fleck.  The movie will show how this average man transforms into the chaotic criminal known as the Joker.  Besides Phoenix and Beetz, the film stars Robert De Niro as talk show host Murray Franklin, Dante Pereira-Olson as a young Bruce Wayne, and Brett Cullen as Bruce’s father Thomas.

BREAKING: First Look At Joaquin Phoenix As The Joker 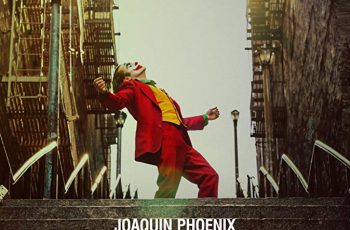 This Review is Spoiler-Free. So Read With No Fear! I’ll …
The Joaquin Phoenix Joker film has confused a lot of …