Starwars.com just released a preview of Timothy Zahn’s next book in the Thrawn series called Thrawn: Traitor.  Here is the official synopsis:

“If I were to serve the Empire, you would command my allegiance.”

Such was the promise Grand Admiral Thrawn made to Emperor Palpatine at their first meeting. Since then, Thrawn has been one of the Empire’s most effective instruments, pursuing its enemies to the very edges of the known galaxy. But as keen a weapon as Thrawn has become, the Emperor dreams of something far more destructive.

Now, as Thrawn’s TIE defender program is halted in favor of Director Krennic’s secret Death Star project, he realizes that the balance of power in the Empire is measured by more than just military acumen or tactical efficiency. Even the greatest intellect can hardly compete with the power to annihilate entire planets.

As Thrawn works to secure his place in the Imperial hierarchy, his former protégé Eli Vanto returns with a dire warning about Thrawn’s homeworld. Thrawn’s mastery of strategy must guide him through an impossible choice: duty to the Chiss Ascendancy, or fealty to the Empire he has sworn to serve. Even if the right choice means committing treason.

The exact timeline of this book is unknown. Nevertheless, it sounds like it is starting to approach the Rebels timeline. It may, in fact, be in the Rebels timeline.  Thrawn was very attached to his Defender program even during Rebels. Of course the Empire favored and desired Orson Krennic’s Death Star even more.

Thrawn is well known as a man of his word.  If he says something you know he will do all in his power to make it happen.  When he swears fealty, it is a promise that will not be broken.  The problem is that “A slave cannot have two masters for one day he will have to choose between them.”  Thrawn has had no issues being loyal to the Empire and the Emperor. That was evident in Thrawn: Alliances. Now that his beloved home word is threatened, however, the great Thrawn must choose between his sworn promise of loyalty and saving the world he loves.

Fortunately, there is one other thing that Thrawn is very good at, and that is parsing words and not saying the exact right thing. An officer may accuse him of lying only to have Thrawn explain how the exact words he used kept him from breaking any promises.  Sounds like Thrawn may need all this verbal acumen to keep his butt out of the fire this time.  Especially if he steps out on the Empire and is forced to explain himself to Palpatine.

The other thing I like from this description is that his protégé will return.  The last book with Vader was solid, but it broke the “Thrawn book formula,” which I think broke some of the Thrawn magic in the last book.  In the legends trilogy, we did not follow Thrawn throughout the book.  We followed his then protégé Gilad Pellaeon.  Thrawn came across more mystical because we were watching from someone else’s eyes.

In the first of the new canon books we used the eyes of Eli Vanto.  Personally I do not think he was as good a character as Gilad. Nonetheless, Vanto’s perspective still maintained some of the mysticism and mystery of Thrawn’s mind.  Since we were directly following Thrawn in the last book, I think we were too close to the source.  Vanto may not be the eyes of the book this time, but it will still be good to have him back.  Those that follow Thrawn tend to find greatness on their own.

The other thing that keeps jumping around the corners of my mind.  This is yet another voyage to the unknown regions.  All of this jumping in and out of this region begs a bigger question. At some point, will Palpatine and the Empire run into Snoke!?  One of these times they really need to work Snoke into these stories. Then we can finally see how Sidious met him and set up the back up plan for the First Order to rise after the Empire’s fall.

Thrawn: Treason is available for pre-order next week.  It will be available in stores summer of 2019.

STAR WARS: Wait, Bothans Might NOT be a Species? 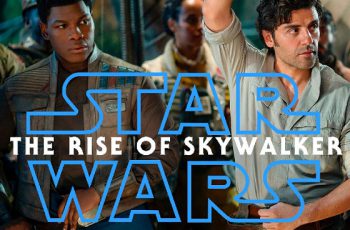 This is it, folks. We’re now in the one-month countdown …