There has been a ton of rumor and speculation circulating about Star Wars Episode IX. Thus far though, we’ve seen relatively few, actual details about the last, episodic Star Wars film. From Rey’s parents to the Knights of Ren, all we can do at this point is speculate with regard to who, and what, will feature in the film. There’s one new rumor, however, that has fans and cosplayers excited. Leaks from the Episode IX set indicate that we’re going to see a new, elite, red Stormtrooper.

Using elite Stormtroopers or other instruments of the Empire cast in red is nothing new. Return of the Jedi introduced us to the Emperor’s imposing Royal Guard. Those same guards would also appear in Darth Vader’s Mustafar castle in Rogue One.

Likewise, the Empire’s use of the color red to indicate “elite” status extended to Inferno Squad (pictured above), and other troops. Then there were the Praetorian Guards of Snoke’s throne room in The Last Jedi. The First Order, it seems, will continue to use red to designate its elite Stormtroopers, as well.

According to Making Star Wars, Episode IX will feature a “solid red Stormtrooper with black stripes.” The report goes on to note that the “trooper is not just a First Order Stormtrooper painted red,” but will feature a different helmet. Speculation suggests that this new trooper could be an elite pilot, akin to those of the Empire’s Inferno Squad. That could make sense, as we have already seen one such red-clad First Order pilot.

Disney’s animated series Star Wars Resistance introduced us to Elrik Vonreg, an elite First Order pilot clad all in red. The character has had a bit part in the show thus far. Nonetheless, as the show progresses, he will likely take on more of a role. We know that several of the show’s characters (Poe, Phasma, BB-8) survive through to the events of the sequel trilogy. There’s no reason Vonreg couldn’t survive to the events of Episode IX as well.

Captain Cardinal pictured on the back cover of ‘Phasma’ (Image: Del Ray)

So who will this new, red Stormtrooper be? Could it actually be Vonreg? Or some other, elite First Order trooper we’ve yet to see? With the rumor wire heating up with speculation of a teaser trailer soon, perhaps we’ll find out sooner than later.

The Skywalker lightsaber made it through most of Star Wars. It … 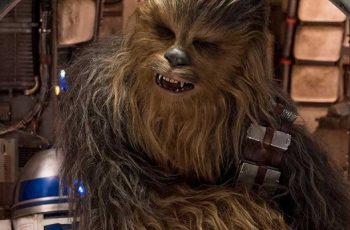