Destiny 2, both games if we’re being honest, has a tendency to either satisfy or infuriate the gamer. I have a tremendous bias. I absolutely love both games. Destiny is my go-to game. I play it every weekend after my wife and kids have gone to bed. Many are the nights when I’ll look up and it’s almost 3:00 am and I realize I’ve been grinding for hours. I hope this review of the Black Armory will clarify what exactly Bungie is bringing to the table. To begin, you have to realize that the Black Armory is different from the Curse of Osiris, Warmind, and even the well-received Forsaken. Black Armory isn’t really a download, it’s a different type of commitment.

The aforementioned Osiris, Warmind, and Forsaken were all downloadable expansions. For a price, you could access these new adventures and planets. However, Osiris and Warmind were very poorly reviewed and Destiny players were disappointed. Bungie did better with Forsaken, and now they offer the Black Armory in the form of a Season Pass. This means for a price, you can be an exclusive club member, so to speak. The Black Armory is the first of three planned releases for those with the Season Pass. What comes next are the Joker’s Wild and Penumbra. I suppose Bungie hopes that the flak they received for overpriced and underwhelming DLC will be minimal. I, however, am of the mind that it’s just the same stuff but packaged differently.

How does it play?

If you’re a fan of the grind, which I am, then you’ll enjoy the Black Armory. The first thing you have to do is see your friend Spider on the Tangled Shore. He will then send you to a new NPC named Ada-1. Ada-1 will send you on a mission to kill off some baddies and then return to her for more instructions. You will then begin the Volundr Forge quest. You will be tasked with killing wave after wave of bad guys. It always makes me think of the song “Sheep,” by Pink Floyd – “Wave after wave of demented avengers march cheerfully out of obscurity into a dream.” If you’re a grinder, you know the drill of wave-based fighting. You will pick up batteries, hurl them into the forge, and be gifted with the framework of a new weapon – the Hammerhead. The bad news? The waves are timed, so you better stay sharp and focused.

From here on out, you grind. You can keep “forging” and being gifted weapons. Here’s a catch though, the weapons are usually the same ones you’ve already acquired, but they now have different perks. You can get keep grinding until you get something you like. Sadly, it’s not all wine and roses. The recommended light level for engaging in these three new activities is 610, and it ends with a boss where the recommended level is 630. My Warlock is a 486, so it’s a fight I can’t undertake alone. The good news for the Black Armory is that Bungie realized their error in judgment and have done a quick patch to lower the difficulty by 5 points. That’s the most they can do right now, but I’m sure there will be more adjustments coming.

While Destiny fans felt burned with the DLC on both the original game and the sequel, Bungie is hoping that this Season Pass subscription will keep players coming back for more. I was a bit disillusioned until I played the Forsaken expansion, and the Black Armory feels like it can be almost as good as that. Overall, my recommendation is that if you are a Destiny grinder, like me, then you’ll enjoy this. I say get the Season Pass and play the Black Armory. 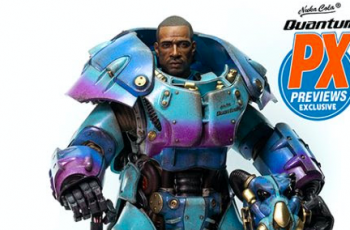 Diamond Comic Distributors and Three A Trading Company have partnered … 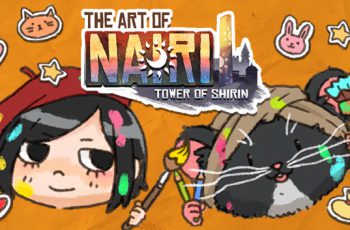 Delve into the  Adorable Point & Click Graphic Novel! The …