The Spider-Man: Far From Home trailer is likely to hit soon. We know this thanks to the need to classify and rate trailers.  Trailer Track has posted that Columbia Pictures has submitted a 2 minute, 30 second trailer for consideration.  An earlier rumor from Comic Book Movies thinks it will premiere at Sony’s panel at Comic-Con Experience in São Paulo, Brazil.

After the events of Avengers: Infinity War, and its sequel Avengers 4, Peter Parker and his friends go on a summer vacation in Europe.  Tom Holland returns as Peter Parker (aka Your Friendly Neighborhood Spider-Man), along with Marisa Tomei as “Aunt May” Parker, Hemky Madera as Peter’s best friend Ned, and Zendaya as “MJ” Jones.  As will Marvel film veterans Jon Favreau as “Happy” Hogan, Cobie Smulders as Maria Hill, and Samuel L. Jackson as Nick Fury.

Spider-Man: Far From Home’s villain will be Quentin Beck (aka Mysterio), played by Jake Gyllenhaal.  Mysterio is a special effects expert who uses his talents to turn to a life of crime.  Spider-Man: Homecoming villain Adrian Toomes (aka Vulture), played by Michael Keaton, will also return. 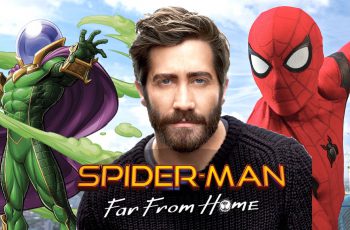 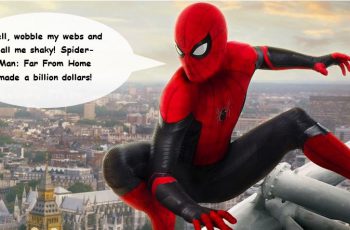