It seems the hits just keep on coming for Solo: A Star Wars Story. Solo featured John Powell’s powerful score and an exceptional original piece, creating hope for a musical Oscar nod. Nevertheless, Solo was disqualified for Oscar consideration in both the Best Original Song and Best Original Score categories. Why? More, astonishing and inexplicable Solo mismanagement on the part of Lucasfilm.

No Oscar consideration for the original music this scene features. (Image: Disney/Lucasfilm)

Kathleen Kennedy and Lucasfilm have bungled Solo: A Star Wars Story from the start. First, Lucasfilm should have never made the film in the first place. (Not as the next stand-alone Star Wars film, anyway.) Similarly, the studio should never have put the film up against box office juggernauts like the Avengers and The Incredibles. Add in a botched marketing campaign, and that’s a whole lot of Solo mismanagement. Now something as simple as missing a deadline has cost the movie what could have been a saving grace.

Solo Mismanagement Costs Film a Chance at an Oscar

“‘Solo: A Star Wars Story’, composed by John Powell with themes by John Williams, was nixed by the board as having been entered too late for the competition (deadline was Nov. 15).”

Variety tells us that an estimated “70 songs also qualified this year.” Nevertheless, because someone at Lucasfilm apparently doesn’t know how to set an Outlook reminder, Solo’s score and theme will not be among them. Of all things to miss, a hard and fast calendar deadline to submit the works for Oscar contention shouldn’t have been one of them. Instead, more Solo mismanagement leaves the film out in the cold once again.

The Oscars leave the ‘Solo’ score out in the cold, just like Han and Chewie. (Image: Disney/Lucasfilm)

It’s almost as if Kennedy and Lucasfilm wanted Solo to fail, though for what reason, I cannot imagine. The film was entertaining, more so than I anticipated. At least it’s gotten some new life with its digital and Blu-ray release. A movie about Han Solo deserved much more support than the studio gave it.

This latest Solo mismanagement is not only mind-numbing; it’s inexcusable. 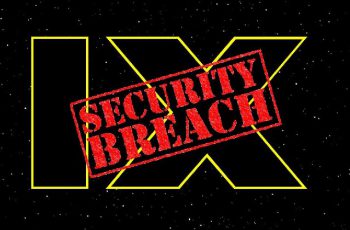 Richard E. Grant may be a newcomer to the galaxy …