The manga series Tokusatsu Gagaga which is getting a live action series revealed their suits and theme song. The suits look exactly like the suits of Joshouwan the main characters favorite tokusatsu show. The theme is being done by Golden Bomber. The song titled Gagagagagagaga will be the main shows theme and the theme of Joshouwan the show within the show.

“I wondered why kind of theme song it would be when I heard Golden Bomber was in charge! I was very excited! The atmosphere is unique to Golden Bomber and Tokusatsu. It’s an interesting song that portrays the feeling of this production that hasn’t left my head since I first heard it. It’s also used as the theme song for the Tokusatsu series Juushowan, making it a very important piece for this story. I hope people will feel bright and giddy while watching the show and listening to the theme song.”

Tokusastsu Gagaga is about Kano Nakamura an ordinary office lady who is a giant Tokusatsu otaku. She loves Tokusatsu so much she tries act like the heroes she admires in her own everyday life. She keeps her love of Tokusatsu hidden because her coworkers think adults who watch those shows are childish. 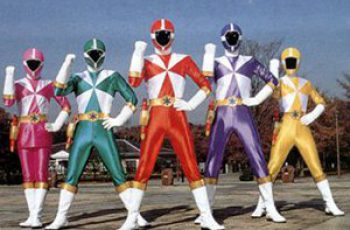 Kyuukyuu Sentai GoGoV 20th anniversary is almost upon us and …