“This is how the war begins.” In this new gen:LOCK footage, the Union launches their first attack on the city. By air and by land, the Vanguard stand ready to protect.

Watch the newest footage from gen:LOCK featuring narration by Monica Rial as Colonel Marin, one of the leaders of “the Vanguard.” This clip also features the voices of Lindsay Jones as Razzle, and Dakota Fanning as Mirana Worth. gen:LOCK is the newest western-style anime from Rooster Teeth starring Michael B. Jordan, Dakota Fanning, Maisie Williams and David Tennant. 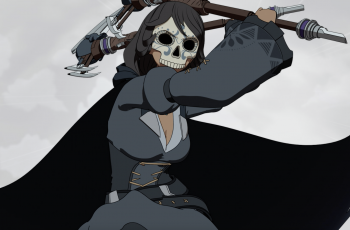