Though Mary Poppins Returns is a sequel, as evidence by the title, one could easily be forgiven for thinking it’s a remake of the 1964 classic. There are emotional and even storytelling beats that follow the original to an unsettling degree, but the movie proves to be an enjoyable family outing nevertheless – thanks in large part to some excellent performances.

Emily Blunt in particular is pitch-perfect as the titular magical nanny, calling back to Julia Andrews’ iconic performance while still making the role her own. She consistently walks the fine line between teaching the Banks children (and adults!) tough lessons and coaxing them into funner, fuller lives with the power of imagination. Unfortunately none of the musical numbers can live up to the Sherman Brothers previous tunes  – although “A Cover is Not the Book” which she performed alongside Lin Manuel Miranda certainly comes close – but the mischievous sparkle in her eyes more than made up for any lackluster song sequences.

Speaking of Miranda, his character is an expy for Dick Van Dyke’s Bert and is even referenced as having been his apprentice. But Jack chose the path of lamplighter rather chimney sweeper, and this small change leads to a few fun bits of choreography. His energy throughout the film matches Blunt’s very nicely, and his understated romance with Jane Banks (Emily Mortimer) provides a flutter or two without ever being in danger of overtaking the story.

The story itself is about as simple as the original’s, except that in Mary Poppins Returns the Banks family is in danger of losing their house after taking out a loan at the very bank that George Banks was once a partner at. One may wonder how Michael (Ben Whishaw) wound up as a part-time teller when his father owned shares in the company, or why the art he was supposedly devoted to barely makes an appearance onscreen, but the film focuses instead on his three children and their adventures with the new-yet-old nanny. What’s funny about their dynamic is that no thinks the children need Mary as a nanny, because they’re so self-sufficient. But that’s precisely the problem: after the death of Mrs. Banks – because what’s a Disney movie without a dead mother? – Michael left his kids to their own devices and didn’t give them the opportunity to truly enjoy their childhood.

A father learning to appreciate his family while dealing with Fidelity Fiduciary Bank appears to be paint-by-numbers for a Mary Poppins movie, but Whishaw’s sincerity keeps the plot from feeling rote. It’s even evident in his solo song, “A Conversation,” which may not have a memorable melody but is performed with a touching melancholy by the actor that’s sure to stay with the audience.

That may be the biggest takeaway of Mary Poppins Returns: some parts may drag a little or feel like too much of a carbon copy, but the whole thing was done with so much obvious love for the original film and for the novels that it’s hard to disparage the effort. There are a few clunker sequences such as the topsy-turvy cousin (Meryl Streep) who replaces Mary’s floating uncle, but for the most part there are enough colorful visuals and heartfelt conversations to delight children and adults alike. So long as they want to have a good time, of course. 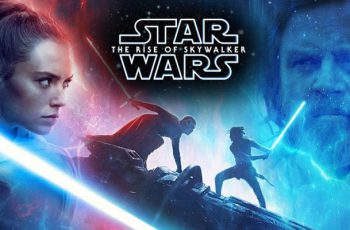 At one time in cinema history, no one cared how … 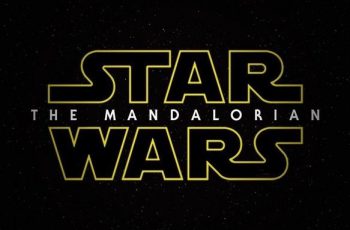 Considering we have yet to learn any details about Disney’s …