Reddit user u/PlanentOfMisftSoldrs claims to “work in design” on “things like posters and merchandise boxes”. If that is the case, you’d expect someone in that position to know some details about what they’re producing. According to this person, Rey’s new look will have more of a Game of Thrones feel than typical Star Wars costume design.

Rey’s new look “for some reason really drives home… that she’s a Jedi Knight,” Inverse quotes the Reddit user as saying. Although this is nice to know, it isn’t surprising. Luke Skywalker made the same transition from Empire Strikes Back to Return of the Jedi. When we first see Luke in ROTJ, he is dressed completely in Jedi garb, from the cloak right down to the tabard and tunic. What’s more interesting, however, is the description of Rey’s lightsaber.

“Rey’s lightsaber is the same one, but it’s been repaired and modified,” says the Reddit user. “It is now like Kylo’s, unstable and like a claymore.” (Claymore in this instance obviously refers to a Scottish, cross-guard sword, not the mine.) Again, this could make sense for Rey’s new look. It’s especially possible if Rey is indeed making use of the damaged kyber crystal to power her weapon. We know the Jedi used such weapons (and other lightsabers) long before Kylo Ren. Ezra Bridger found such a lightsaber among the ruins of the Scourge of Mandalore in Star Wars Rebels.

We’re presuming the person bringing us this information about Rey’s new look works for Lucasfilm, but of course none of this is confirmed until we see it. With a trailer rumored to drop soon, perhaps we’ll find out sooner than later.

One of the biggest knocks against Star Wars Episode VIII: … 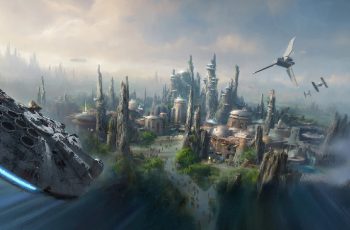 Later this year the Disney theme parks will unveil their …