The recent reveal of the Aladdin Cast in costume has once again sparked debate about casting the casting choices made for this version of the story. Most people are aware that the story of Aladdin comes from the book 1001 Nights or 1001 Arabian Nights, but how much do you really know about that book?

Disney first adapted Aladdin to an animated film in 1992. Arguably, the biggest names attached to the film were Robin Williams as the Genie and Gilbert Gottfried as Iago, Jafar’s pet parrot/henchman. Outside of those two, the mainstream audience probably wasn’t familiar with the rest of the cast, except maybe Aladdin himself, who was voiced by Scott Weinger who you probably know better as DJ’s boyfriend Steve on Full House.

The new film has pretty much followed the same format for its cast, while many of the actors might be recognizable, the most well known is Will Smith with both Naomi Scott and Mena Massoud being relative newcomers that not everyone will be familiar with.

The rest of the voice cast from the original film was largely filled out by white Americans, even though the film itself was based in the fictional city of Agrabah, somewhere in the Middle East. Much has changed in the past 27 years and rightfully, that’s no longer acceptable. The new live-action cast is far more diverse and most likely a much better representation of what a place like Agrabah would actually look like.

But how authentic to the original story is it? Well, that’s not that easy of an answer. The Thousand and One Nights (one of several names the book is known by) is a collection of stories with most from Middle Eastern and Indian Origin. Like a lot of folklore, the exact dates the stories were written or who authored them is not known.

Out of all of the stories in the book, the most well known are Aladdin, Sinbad, and Ali Baba and what’s interesting about those three is that none of them were included in the original book. So, where did they come from? Most sources point to French Scholar, Antoine Galland (1646 – 1717). Galland translated a portion of the text to French, but was missing several of the stories, this account from the University of Kent, suggests there were only 282. Under pressure from his publisher to for additional stories, Galland added several that he had acquired from various different sources of unknown origin. While it’s not confirmed there are a few resources that suggest he may have written some of these additional stories himself.

Now you might be asking yourself “so, where does Aladdin take place?” and that’s a good question . . . and doesn’t really have an answer. Was Alladin the son of a Chinese tailor? Was he Persian? Indian? Syrian? There’s no definitive answer to that question.

One thing is for sure though. Aladdin is one of Disney’s features and the new live-action version has some pretty big shoes to fill. What do you guys think of the casting choices made for the film? Let us know your thoughts in the comments or hit us up on Twitter.

What do you think of Aladdin's cast?Click To Tweet 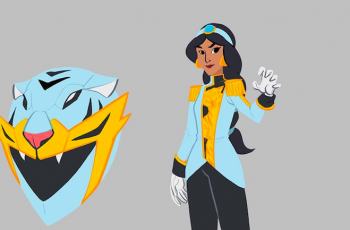 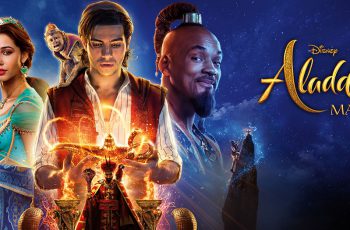 Haven’t seen enough of the new Aladdin in the trailers …