The trailer for Sony’s resurrection of the Men in Black franchise, starring Tessa Thompson and Chris Hemsworth, put a spit shine on a film series that we had pretty much had enough of back in 2012.

While Men in Black 3 was by no means a bad film, it was just more of the same. Josh Brolin did a magnificent job channeling his inner Tommy Lee Jones and Will Smith was still pulling his brand of humor (of which I’m a fan), but the movie as a whole, just felt . . . played out.

In Men in Black International, Tessa Thompson joins the team as Agent M (I guess Michael never got the job). She’s apparently known about the MiB for 20 some years and has been trying to find them . . . and finally did. So of course, she joins the crew, recruited by Emma Thompson’s Agent O, back for another film after taking over for the late Rip Torn in the third film.

Throughout the trailer we get a series of nods to the original trilogy, though most of them are at the beginning.

and a flying car bit.

As long as the jokes and the action hits, I’m sure it will be a fun movie that sees Agent’s M, H, team up with Liam Neeson (He doesn’t have a name yet, just “The head of the U.K. branch”) to save the world from an alien threat.

I hate to be so down on this movie, I was actually pretty excited for it (though I was more excited for the potential crossover with 21 Jump Street), but this trailer just left me wanting. . . Even the Thor bit at the end didn’t really do anything for me.

As I said towards the top about Men in Black 3, this all just feels played out and like we’re not really getting anything new, just a rehash of old jokes in new locations, with different people.

In the world of Star Trek, money is eventually phased … 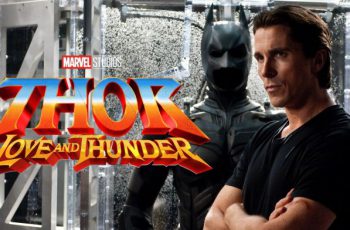 Academy Award winner Christian Bale is in talks to join …