The year 3000 in the Power Rangers continuity is a place I wouldn’t want to live. Society genetically engineers babies to perfection and gives them special traits. Mutants are shunned from society. Even worse, people don’t kiss! I know what you’re thinking, these reasons aren’t enough for the Time Force Rangers to be the bad guys, but hear me out.

Let’s break it down to its simplest form. While heading for the year 2001, Ransik builds an army out of mutant outcasts from a prison containing cryogenically frozen mutant “criminals” serving life sentences. Wes finds Ransik and wonders if he’s a sympathetic villain. Suddenly Jen shouts out with future propaganda: “he’s evil! Through and through!” It’s almost as if she has a deep-seeded hatred for the mutants. That, or she’s learned such sentiment from the time she lives in at the very least.

Look at this from Ransik’s point of view: maybe he’s traveling back in time not to take over the world, but to make it better. A world where mutants and humans can co-exist. He’s accused of Alex’s murder. However, you can also view Ransik’s killing of Alex as an act of self-defense from being hunted for being a mutant. Even in the wikipedia entry they reference mutants as societal outcast:

“In the year 3000, Time Force is a police agency that deals with the crimes of mutants, outcasts of society who have developed super powers.”

This very much feels like the plot of X-Men: Days of Future Past. There, Sentinels hunt Mutants for being different. The Time Force Rangers storyline also takes inspiration from the Dystopian future of Blade Runner. (Where cops hunt down and “retire” Replicants). To make matters worse, the DNA of one of the Rangers, Katie, is altered. That gives her super-strength in order to hunt these mutants down. These elements bring to mind the novel Brave New World.  That story features a futuristic World State of genetically modified citizens and an intelligence based social hierarchy.

The villains of the week aren’t actually villains either. They are reanimated back to life and Ransik basically forces them into fighting the Rangers, whom Ransik views as mutant-hunters. All-in-all, Power Rangers Time Force is X-Men: Days of the Future Past, with a dash of Blade Runner, mixed with Brave New World. 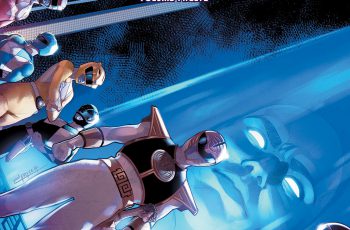 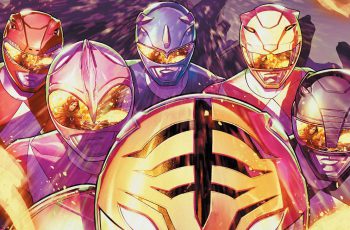 Spoiler Alert! Details for MMPR #51 ahead! Amidst the huge …