The mystery of Anakin Skywalker’s birth has gone unanswered throughout the canon timeline. Well, Star Wars: Darth Vader #25 finally gives us the person responsible for his mother’s pregnancy and how this individual impacted the path that Anakin took to become Darth Vader.

If you have been reading the Darth Vader series, writer Charles Soule has been given us canon surprises throughout the whole series. We got everything from the introduction of new Siths and why Vader built his castle on Mustafar. So how can we top that? Well Soule showed us by revealing the answer to the question everyone has been asking for years. Who was Anakin Skywalker’s father?

The Path to Answers.

This issue takes us through Vader’s quest to resurrect the spirit of his dead wife, Padme Amidala. Well, when Vader goes through the portal he is shown more then he expected and faces his destiny. During this we see Vader leave his body as a dark spirit and traveled through the past. This gate was similar to the time gate we saw in the Star Wars Rebels episode “World Between Worlds”..  This journey took him to important moments in his life, from childhood and his attempt to save Padme’s spirit.

Who Is Anakin’s Father?

This issue wasted no time in telling us who Anakin’s Father was. Yes, it was the answer a lot of Star Wars fans thought it would be.  Darth Vader #25 confirms that Emperor Palpatine performed Midi-chlorian manipulation and created Anakin from the Dark Side of the force. This was shown to Vader by seeing his mother during pregnancy with Darth Sidious behind her using the Dark Side of the force to make the chosen one.

After the bombshell of how Anakin was created, the issue takes us through a journey of memories. We see young Anakin having nightmares of Darth Vader and his mother telling him it’s only a dream. Then we see Anakin starting down his path to his destiny. We watch as Anakin goes through the pivotal moments in his life like meeting Palpatine for the first time, his Jedi training, and falling in love with Padme. We even get a shot with Ahsoka and Anakin fight together and then as foretold, against each other.

Everything Anakin saw through this journey was the path to his wife Padme’s spirit. When Anakin faced her spirit she spoke him “Are you an angel? They’re the most beautiful creatures in the universe.” Then Anakin reached for her telling her they needed to go. Her spirit spoke again and said “I don’t know you. Anakin Skywalker is dead.” This is where he learns the truth of his destiny and realizes that he cannot save her. We see Vader relive the hurt and pain from losing Padme again. This completed his quest and having to live with the pain he accepted the truth and became the Sith Lord we saw in the Original Trilogy.

This issue has very little dialogue so the art really needed to stand out and it did. Vader’s dark spirit really was the highlight as you could see it grow and change depending on where it was in his life’s timeline. The art also gave you that feeling of pain and suffering throughout Vader’s journey.

This was the perfect ending to this Vader series. By far one of the best series from start to end. We learned so much about Vader and the Sith that it was a lot to take in. Now that we know the Dark Side of the force created the Skywalker family tree we may see a surprise in the works with Kylo Ren being Palpatine’s great-grandson.  I will be reading this entire series again to soak in more of this amazing story. I give Darth Vader #25 9 Hashtags out of 10.

Let us know your thoughts by hitting us up on Twitter @ThatHashtagShow or myself @starwarsnerd574. Make sure to use the hashtags #thathashtagshow and #vader25. 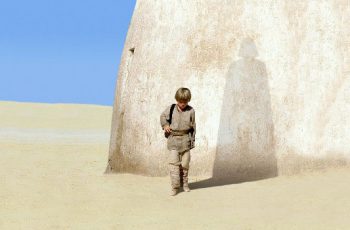 Darth Vader is one of the most recognizable characters in … 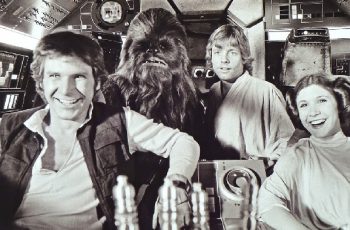 This week the Star Wars fandom proved it still has …