It’s easy to think about shipping at this time of year. Alas, this time we’re not talking about how best to send Christmas gifts for delivery by December 24th. No, we’re talking about “shipping”: in a nutshell, it’s the wishing for an on-screen couple to, well, be a couple. When it comes to Star Wars, the topic of that conversation is obvious. Fans have even coined a Brangelina-esque nickname for the pairing in question: Reylo.

In a recent Nerdist video, the website examined “the one thing fans seemed to agree on in 2018: the shipping of Rey and Kylo Ren,” and whether Reylo could save the Star Wars fandom.

Reylo is NOT the Answer

I’ve been doing a lot of Star Wars reporting in the wake of The Last Jedi. That includes appearing on Star Wars Fanatics, interacting with fans online, and speaking to Star Wars fans in person at events and conventions. I suppose Nerdist is right to some extent. The fans I’ve spoken with are in all agreement on Reylo. Their collective thought on the subject is an emphatic, resounding NO. And, by and large, fans’ reasoning behind the sentiment is generally the same across the board. Kylo Ren is both annoying and beyond redemption.

Rey, like Luke Skywalker before her, saw conflict and sensed good in her primary adversary. Unlike the Darth Vader Kylo Ren idolizes, however, Ren hasn’t given anything to fans to even particularly like about the character. Vader was imposing, fierce, and enigmatic. Fans embraced his evil because he exuded it with confidence and flair. Kylo Ren comes off as nothing but a violent crybaby. Why would we want to see a Reylo relationship featuring a temperamental, emo antagonist? Add in a seeming lack of chemistry and the forced nature of the relationship, and, well….

Let’s face it: the Kylo Ren character is so obviously unlikeable that Lucasfilm had to prohibit Wreck it Ralph 2 from using a Kylo Ren joke and making his image worse. The animated feature would have portrayed him as a petulant teenager. That, of course, is exactly how the sequel trilogy has built the character up, intentionally or otherwise.

No, Reylo is not the answer. Reylo is unnecessary, and would be ill-fitting in Star Wars Episode IX. Kylo Ren killed Han Solo and tried with all his might to destroy Luke Skywalker. There’s no going back from that. Call Rey a Mary-Sue and not like her character all you want, but Reylo? 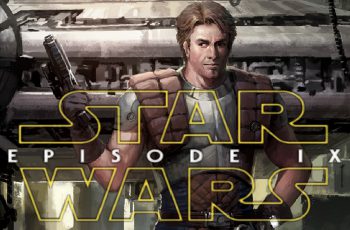 JJ Abrams sent Star Wars fans into a tizzy this … 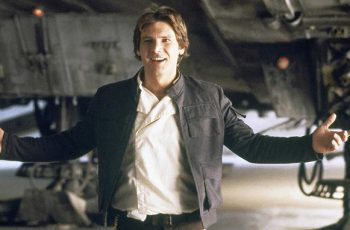 Let’s face it, as long as there’s been science fiction, …