A war between Atlantis and the surface world has finally begun in Aquaman Vol. 3: Throne Of Atlantis.

Arthur Curry aka Aquaman has always known he was different.  His father told him about his mother being the queen of Atlantis at a young age.  On his father’s deathbed he told Arthur to find Atlantis and Arthur’s mother to tell her he never stopped loving her and never stopped waiting.

This became Arthur’s mission and he left the surface world behind and scoured the oceans for Atlantis.  One day Arthur came upon a father and his daughter in a terrible storm and their boat was about to smash into some rocks.  At the last moment Arthur saved them and when they asked how his was able to do what he did. The father knew a story of a man with a similar power, Vulko.

Vulko was an advisor to Arthur’s mother, Queen of Atlantis Atlanna.  She knew if she stayed to raise Arthur Atlantis would never stop looking for her and it may jeopardize Arthur’s life so she returned to Atlantis.

Eventually she was forced to marry and have a child with the captain of the Atlantean guard.  This child is named Orm and became king of Atlantis. King Orm exiled Vulko once he became king.  However, Vulko started searching for Arthur so he could take his birthright. The pair made their way to Atlantis for Arthur to take his throne.

Aquaman goes back to Atlantis to see if Orm took the scepter of the king who sunk Atlantis which is capable of sinking cities.  Orm says he wants nothing to do with the surface world.

A short time later someone takes control of a battleship and fires missiles at Atlantis.  King Orm has no choice but to go to war with the surface world.

Aquaman Vol. 3: Throne Of Atlantis was written by Geoff Johns with art by  and Ivan Reis.  DC Comics published the volume in 2013.

In last week’s review I got my first glimpse at Orm and was very impressed.  However, he was a minor character last week and this week he is the villain. I was not disappointed by King Orm.

Holy crap did this scene get me pumped.  They were both able to take on three of the most formidable heroes in all of DC.  After this scene I will never disrespect Aquaman again he is a badass.

King Orm was incredibly close to winning this war.  He hit so hard and so fast that the rest of the world’s heroes barely had time to get a game plan together.

I loved this volume and it had everything I could have wanted.  It had fast-paced action, fight scenes and a love story.

This is the third volume of the series, but I feel like it can be read without the previous volumes.  I also feel like it should if anyone wants to see what King Orm and Aquaman are capable of.

Aquaman By Peter David Book One

Aquaman Vol. 2: The Others

Catherine Allingham is a private eye with no mystery she … 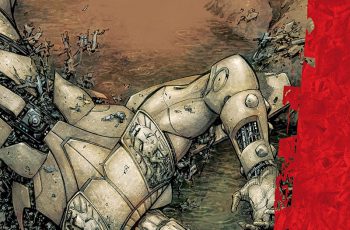