Good evening Hutt citizens. Breaking Intel has brought us the following news. In a recent interview with Empire Magazine, actor John Boyega confirmed that his next film in the Star Wars franchise, Episode IX, will take place roughly one year after its predecessor, The Last Jedi. While this news has been filtered through Hutt networks before, it is confirmed by this actor. Our intel also….wait….wait a moment.

Breaking News!: Hutt intel has just confirmed resistance cells have assaulted a First Order base and raided its food stores. Reports are saying the base has been completely wiped clean of all food substances. Attacking forces apparently retreated by both land and air.

A Hutt YV-666 freighter was caught in the middle of the battle and was able to capture this image of a retreating Resistance pilot:

The pilot aboard the Hutt freighter reportedly heard the pilot say the following over the coms. The pilot of the Resistance fighter stated: “At least we got chicken!” Hutt intel operatives are attempting to decipher the phrase.

Imperials on the ground attempted to follow in pursuit. A Kubaz in the area was able to follow the pursuit, but the informant said the pursuit was short lived. Two First Order AT-ATs pursued Resistance transports through city thoroughfares. He managed to transmit this image with the following recording we have subtitled:

Apparently, “Gary’s”, the second AT-AT driver, response was too slurred to be captured or misunderstood. It appears the First Order may have been a bit too tipsy to keep from tipping his walker. Requests for comment were not returned.

A Hutt spy from an unknown planet also captured the following pictures of Resistance celebrations:

Apparently, onlookers were none too pleased the hairy beast was hoarding all of the food. Some Resistance members shared their food while others simply spit it out in disgust. The success of the raid has caused major celebration amongst Resistance cells.

Our inner intel is reporting the Hutt council appears ready to open talks with members of the Resistance to help fight back the First Order. The Huttese council has apparently sent a high ranking member of the council to open talks with another member of the Resistance council. We believe it was High Councilor P’za the Hutt. Unfortunately, the Councilor has not been heard from since.

We will keep you informed as our sources check in. Until then Happy Life Day everyone! 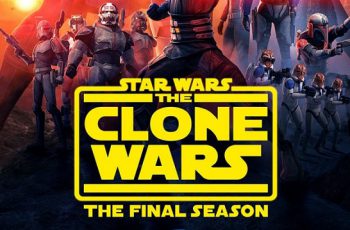