The wait is over, and the battle date set. Super Saiyans Goku and Vegeta will gather to face their most powerful foe ever on January 16 – the official theatrical opening date for “Dragon Ball Super: Broly” announced today by Funimation® Films.  The 20th film from the franchise and first from the “Dragon Ball Super” series, “Dragon Ball Super: Broly” is based on the original story, screenplay and character designs of creator Akira Toriyama and features an updated art style reminiscent of the classic bestselling Dragon Ball manga series. To celebrate the new film, Funimation will host a star-studded red carpet world premiere of the English dub on Thursday, December 13, 2018 at the historic TCL Chinese Theater in Hollywood. Expected guests will include the stars of the English cast, celebrity guests and studio executives.

“We’re thrilled to finally share the official opening date of ‘Dragon Ball Super: Broly’ with fans since first announcing the acquisition in July, ” said Gen Fukunaga, CEO and President of Funimation. “From its updated art style to the assembly of canon characters new and old, ‘Dragon Ball Super: Broly’ is sure to please fans. Creator Akira Toriyama’s imagination and masterful storytelling truly shine through in this exciting new movie.”

January 2019, Dragon Ball Super: Broly is releasing to US … 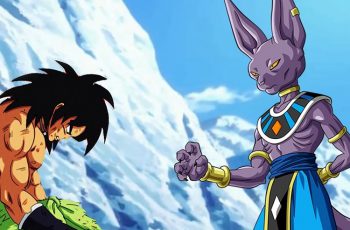