Watership Down was originally a book written by English author, Richard Adams, back in 1972. While it was his first book and would be rejected seven times, it would go on to win several awards and become a cult classic, sadly lost to much of today’s world.

The book, based on a collection of rabbits that leave their warren due to the dreams of one of the rabbits, would later be made into a dark and semi-graphic cartoon in 1978, followed by a television series from 1999-01. Netflix quietly picked up the story back in 2016 and just released their version of the forgotten classic to their streaming service. The story consists of four, 50-minute episodes.

The book is a classic. The cartoon is a long forgotten beauty. This new version by Netflix can proudly sit next to each of its predecessors with pride. Netflix did an amazing job on this story from top to bottom.

The tale follows Fiver, Hazel, Big Wig, and Silver as they quest to find a new warren. Fiver suffers from seizures that also give him visions of the future. He sees the destruction of their home by human developers, but no one but the core group believes him. The pack takes off to escape death and find a new home. Along the way they face many epic trials and tests, giving this a very mythological feel and journey.

How Did Netflix Do?

The visuals are a bit mixed on this series. Unlike its predecessor, which was cartoon animated, the Netflix version is computer generated; However this is not a big budget production. This series was created for roughly $25 million. Given the voice cast, that does not leave a lot left over. At first the animation is a bit rough, but as the story gets going, viewers grow used to it and it is not bad. It just isn’t what audiences are used to today in light of movies like Jungle Book. Every so often, especially with the dog at the end, you get some shots that are positively terrible, but most of the animation with the rabbits is just fine.

I will say this, I found the differentiation in the rabbits hard to follow at times. Some have key marks or colorings that help them stand out. Others stand out simply by who is voicing them, but once you get deeper into the rabbit roster, they do tend to blur together more than in the cartoon version.

The heart of this series lies with its cast. Their combined voice work is what really captures you and draws you into this story, along with the story itself. The top casting includes James McAvoy, Nicholas Hoult (both of X-Men fame), John Boyega (Star Wars) and Ben Kingsley (Ironman 3). However they did not stop there. Smaller parts also include Gemma Arterton, Peter Capaldi, Taron Egerton, and Rosamund Pike. The talent level is insanely high!

Story-wise, I have not seen the original 1978 cartoon version in many years, but the stories are very close. There were no scenes that stood out as new or significantly redone. The brilliance of this story doesn’t need any special effects or gimmicks to make it pop. It is simply a great story. One thing I will say is, while this version does not cut corners when rabbits are killed, the Netflix version does not show the blood that runs in rivers in the cartoon version.

This series can be considered kid friendly, but not by much. This is a mature tale with mature themes and story. It is of a much different generation than today’s fluffy, meaningless garbage that counts as kids programming in today’s generation. Also, while there is little blood compared to its predecessor, there is a lot of fighting and plenty of rabbits are killed through out the story.

While the visuals are weak in small parts, the story, and more importantly the voice cast, make this a must watch! The hero’s journey the core group goes through is intense, and full of hard choices. The story does not shy away from failure equals death. Then I also recommend finding the book. The visual and written stories make for great companions. 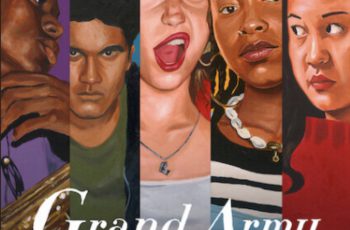 Before I begin my review of the Netflix Original Series …