Well, Christmas has come and gone, and we stand empty handed when it comes to an Episode IX trailer or title. Rumors are rumors. Sometimes they are right and sometimes they do not happen for one many reasons. The only question that really matters? When do we get to enjoy the first peak at the new film? Could it be in the next five weeks, or could it linger for another five months? I fear the latter may be the case.

With a title like Marry Poppins Returns, many expected a major trailer of some sort to drop, but the house of mouse refused to open its doors even a little. While there does not have to be an “event” to attach a major trailer, most major movies like that, and Disney has done it quite often. Within the next 40ish days, there remains only one event that Disney could hope to have millions of eyes tuned into one spot to view a trailer – the Super Bowl.

The Big Game Or the Big Empty?

Whether a championship play-off game or the big game itself, this is the last big chance to get millions of eyes on a major trailer, but Disney record also shows happiness in simply saying, “next Tuesday on Good Morning America we will release a trailer”. If they choose not to use either of these arenas in the next 40 days, why then would it be five months.

The five month theory uses Disney’s record and Iger’s comments against them. We hunger for a trailer for a movie that isn’t due out til next December. Disney still needs to release three huge movies, one of which is a MAJOR tent-pole movie. Ms Marvel is due out March 8. Infinity War End Game is due out April 26 and Spiderman: Far From Home is scheduled for July 5. The marketing for Ms Marvel began just a few weeks ago. We have yet to see a single piece of footage from the latter two, much less trailers of ANY type.

Iger remains sadly consistent in his views. Star Wars is merely a movie franchise. It is no bigger, no more special, no more important that any of their other franchises, whether it be Marvel, Pixar, or now the newly added properties from Fox (most of which will not see the light of day).

Also, he set precedent with Solo: A Star Wars Story. Solo was not allowed to be advertised or merchandised until well after Avengers: Infinity War was released. Iger has proven no hesitation when it comes to burying Star Wars in order to protect and promote other titles.

Celebration Will Hold the Key?

Okay, so what about Star Wars Celebration? Will We not see a trailer then? I am going to honestly say – no. Celebration unfolds a mere two weeks before End Game. Following Iger’s record, he will not release anything major at Celebration that would overshadow End Game, and Star Wars is simply to big to share the big screen, even with a trailer. If anything Celebration might receive some private viewings, but they will be hidden from the public until after End Game if even then.

At some point we will receive the title of Episode IX, but even that will need to happen in the next 30 days or Celebration. Our days of following Lucas on his journey through the making of the films is over. To Disney, Star Wars exists as merely another cog in the machine. As long as it works, it will turn where it is placed. When it no longer serves its purpose, it will be discarded and replaced. Don’t hold your breath for a trailer any time soon. Even Michael Phelps is not that good.

RETURN OF THE GAMBLER Given recent news, It appears everyone’s … 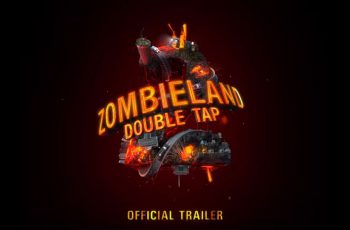