A feature film version of Lin-Manuel Miranda’s hit Broadway musical, In The Heights is in development at Warner Bros.

The film has already set A Star Is Born actor Anthony Ramos in the lead role. Now, we have exclusive character breakdowns to share with you.

Ramos will play, Usnavi, A charismatic bodega owner, who hopes to make ebough money to go back home in the Domincan Republic.

Nina Rosario: Fresh, smart college student. Brave and strong Puerto Rican girl, but has to tell her parents that she quit school months ago. Emotional and conflicted, but still the “star” of the neighborhood.

Camila Rosario: The smart, caring “business” half of the Rosarios. She takes care of the bills and business, but usually holds her tongue in the presence of her husband. Dynamic Puerto Rican woman, with a powerful voice and presence that gets unleashed when she’s had enough.

Daniela: Sassy Puerto Rican owner of the local hair and nail salon. Loves to gossip, has a tough exterior, but enjoys being “The Boss.” Her salon rent keeps going up, so, sadly she is moving to the Bronx. Great comedy chops and timing.

Vanessa: Sexy, hardened, stylist at the local salon. Has a troubled home life, wishes to get out and into something better. Tired of all the whistles and catcalls, looking for a true love. Ethnic, but definitely American.

Sonny: Young, smart-alecky, wise and dry cousin to Usnavi. Tough and smart Dominican, has big plans for himself and his neighborhood. Great comedy chops.

Abuela Claudia: Sweet, caring, and supportive Cuban matriarch of the neighborhood. Takes care of all the young people, and regularly plays the lottery. A wise character with strength, passion, and a long memory. A powerful actress, singer and story-teller. We hear this is the role offered to Rita Moreno, but she has since passed.

In the Heights is set in Washington Heights in New York City and focuses on a bodega owner who is closing his store and retiring to the Dominican Republic after inheriting his grandmother’s fortune.

Crazy Rich Asians filmmaker Jon M. Chu is set to direct, from a script from
Quiara Alegría Hudes (Hamilton) . Miranda will serve as a producer along with Anthony Bregman, Mara Jacobs, and Scott Sanders.

The film recently had an opening casting call for
actors, models, and talent to work on scenes filming this February 2019 through summer 2019 in New York . The film has a moderate $50 million budget. 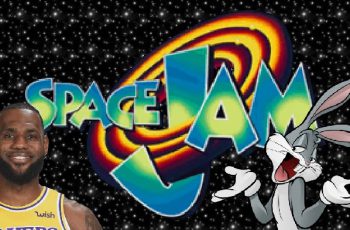 Air Jordans are some pretty big shoes to fill. So, …