New details have emerged about the CBS All Access series focusing on Jean-Luc Picard several years after the events of the last film featuring the Next Generation cast, Star Trek: Nemesis. The new information is the first major story details we’ve received about the series and is sure to divide the fan base yet again.

Speaking with The Hollywood Reporter, Alex Kurtzman revealed that the events of JJ Abrams’ Star Trek (2009) are now official prime universe canon and that Picard will pick-up the story after Romulus has been destroyed and the Romulan Empire has been dissolved. Having been a huge proponent of trying to bridge the gap between the Federation and the Romulans, the destruction of their homeworld and the subsequent fallout had a profound effect on Jean-Luc.

So is Picard in the Kelvin Timeline or Prime Timeline?

I think it’s pretty safe to say it’s in the Prime timeline. Being that the series takes place after Romulus is destroyed and Nero and Spock are sent back in time, it would stand to reason the series take place in that same timeline, not the newly created one.

Kurtzman added that Patrick Stewart insisted that if he were to return, the series would have to do something new. That he wanted it to be “both what people remember but also not what they’re expecting at all”. I hope that they’re expecting people to bitch and moan that anything from the JJ film is being because that’s exactly what’s going to happen.

Personally, it doesn’t bother me at all, as long as the show is good, I’ll be happy. When Discovery was released and even before that with the JJ movies, there were so many people complaining “this isn’t my Star Trek” and you know what? They’re right. It’s not “their” Star Trek.

Star Trek does not belong to them, while the people behind the shows and the movies have to try to appeal to the old fans, they also have a responsibility to appeal to a new audience as well. Audiences in 2019 are not the same as audiences in 2001, 1987, or 1966. Audiences aren’t even the same as we were 2 years ago. The fandom always gets riled up about something new and different. People didn’t like TNG, people didn’t like DS9 or Voyager or Enterprise.

Maybe I won’t like Picard, but that won’t retroactively destroy TNG for me. . . and there’s plenty of other projects in the works that I might like instead. . . I’m pretty sure I’ll enjoy it though. We’ll just have to wait and see. While there’s no firm release date just yet, Picard is expected to release towards the end of the year. 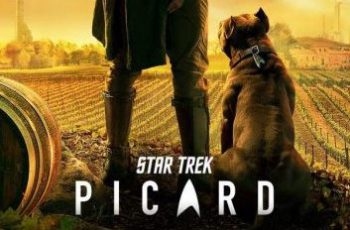 Picard is coming… and he’s bringing a dog!  And from … 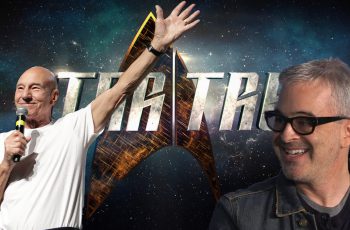 Alex Kurtzman has revealed that Patrick Stewart almost made hime …