Star Wars Resistance tells the story of Kazuda “Kaz” Xiono, a Resistance pilot-turned-spy on the refueling station of Colossus. Working under Poe Dameron’s guidance, Kaz and BB-8 begin to uncover details about the First Order’s growing threat to the galaxy. Thus far, Resistance season 1 has focused more on background and buildup. Unfortunately, that’s resulted in an almost dull and listless beginning to a story that has a lot of potential. The Resistance midseason trailer, however, suggest a major shift in the show’s direction.

Things began to turn for the show with its last episode before the midseason break, Station Theta Black. Poe and Kaz learned that the First Order was manufacturing weapons, and nearly lost their lives to obtain that information. The Resistance midseason trailer picks up where Station Theta Black left off.

The First Order’s presence on Colossus grows, as more TIE Fighters and Stormtroopers arrive almost daily. Determined to find out the First Order’s secrets, Poe and Kaz continue their investigations to devastating results. They discover the remnants of a destroyed planetoid system, which we all know was likely destroyed by Starkiller Base. When the Aces and all racers are grounded, Kaz and the other fliers take matters into their own hands. They must fight to defend their station at all costs.

Resistance: Journey Towards The Force Awakens

The Resistance midseason trailer is full of the energy the first half of the season was decidedly lacking. Further, it confirms that the show’s timeline will indeed intersect with The Force Awakens. How?We see Kaz listening in to General Hux’s passionate speech before Starkiller Base destroys the New Republic. Where the show will go from there is anyone’s guess, but we’re sure to find out. Disney also confirmed that it renewed the show for a second season, as well.

Based on the action and sequences in the Resistance midseason trailer, we have a lot to look forward to.

Disney has been showcasing new characters in advance of Star … 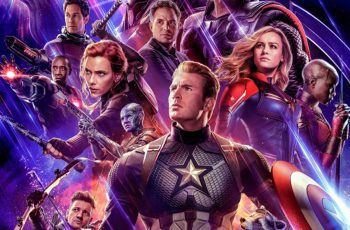 Avengers: Endgame is coming, and today we got to see …