Lord of the Rings star Dominic Monaghan was elated to join the cast of Star Wars: Episode IX. He even tweeted out his excitement on his first day of filming. “Heading to work,” he said. “Correction, heading to the best job ever.” Now he may have let slip an inference to Episode IX setting possibilities.

A couple of days ago, Monaghan posted an Instagram video of himself opening a cast gift. The gift bag contained a simple, black, quilted jacket with an embroidered “IX” logo:

Will There Be A Cold Episode IX Setting?

Of course a jacket could have little to nothing to do with any Episode IX setting. Sometimes, as bleedingcool.com notes, a gift is just a gift. The forecast for London (and the nearby Pinewood Studios) will be close to freezing later this week, after all. Still, it’s Monaghan’s cryptic hashtag of “#becurious” that makes us wonder.

Thus far in the sequel trilogy the only cold location we’ve seen has been Starkiller Base. That doesn’t mean that we won’t see a frigid Episode IX setting, however. The Star Wars films are known for featuring multiple and differing locations in each episode. Plus, rumors have the characters revisiting other, sandy sites. We know of one in particular that was a bit chilly.

The twin suns of Tatooine left the planet dry and desolate. Conversely, Jedha was so cold Cassian Andor and Jyn Erso had to wear parkas and head gear to keep warm. The sequel trilogy will bring the Skywalker saga to a close, meaning a likely focus on the Skywalker family’s connection to the Force. What a better Episode IX setting than a return to the Jedi holy land. It’s certainly possible.

Or… Dominic Monaghan could have just gotten a jacket. It sure would be nice if Lucasfilm would just release a trailer soon. Then, perhaps, we wouldn’t have to keep speculating. Until then, stay tuned here for all your Star Was news, rumors, and ramblings!

I had the privilege of speaking with Star Wars fans … 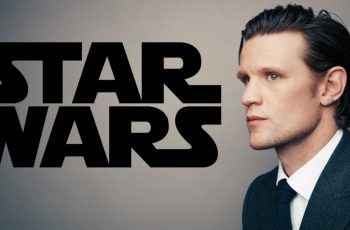 So much information comes in and out of “sources” that …