Good News Everybody! The Magicians has been renewed for Season 5 on Syfy just ahead of it’s 4th season premiere on January 23rd, 2019. Obviously, not much more information is currently available for what adventures Quentin and his gang of misfits will be getting into come season 5, however, while the series has deviated from the source material, there are still a number of threads from the trilogy of books from Lev Grossman that the show can still use as inspiration for new stories.

In addition to the announcement about renewing The Magicians for a 5th season, Syfy also announced that Henry Alonso has been given a promotion. He’ll be stepping up from the Executive Producer role he’s held since season 1 into a Co-Showrunner position, where he’ll be joining Sera Gamble and John McNamara.

On his involvement with the show, Meyers said, “Having been a fan of Lev’s books since before meeting with John and Sera, the opportunity to bring his world to life has been like a dream come true. It’s rare in this business to find a combination of great material, great creative partners, and a phenomenal production team like ours. I’m not sure which particular dark magic landed me here, but I’ll be sure to keep doing all of it in secret, just in case.”

Season 4 picks up pretty much right where we left off at the end of Season 3 with Quentin, Alice, and the rest of the gang thinking they’re other people and not knowing about Brakebills or magic. . . everyone that is except for Elliot who’s been possessed by the monster from Blackspire. 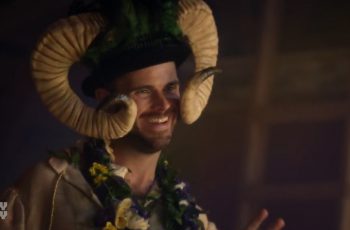 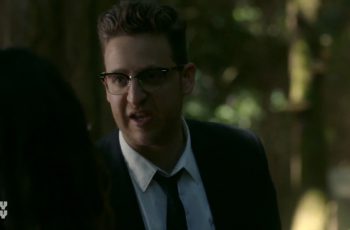 In The Magicians Season 4 Episode, Bad News Bear, in …