After making its Japanese debut last year, Funimation Films newest Dragon Ball Super: Broly (the 20th Dragon Ball feature film) recently made its way to the west. It even had a minor stint as the #1 blockbuster, having sold-out screenings all around the United States.

Within its first day of being in theaters, Broly began to cement its legacy. The production hit an outstanding $7M+ box office, becoming the highest-grossing anime film with a theatrical release in the United States. In doing so, it beat out out its predecessor, Dragon Ball Z: Resurrection. That film, the 19th Dragon ball feature Film, released in 2015. It only grossed $1.97M. As of this moment though Dragon Ball Super: Broly is sitting at 81 percent on Rotten Tomatoes and has sold 2,346,541 tickets.

This film directed by Tatsuya Nagamine was truly a wonderful experience that any Dragon Ball fan will enjoy. In terms of action and comedy, this movie doesn’t disappoint. T’s certainly a must-see for both fans young and old. Dragon Ball Super: Broly has amazing CGI and all new art animation. This film was fantastic and I cannot wait to see what’s next in the future for the Dragon Ball Super franchise. Broly is everything Dragon Ball Super had to offer when it came back and the movies fight scenes and beyond worth the price of admission.

What’s Next for Dragon Ball?

You may be asking yourself “So what’s next for the Dragon Ball Franchise?”Well with Dragon Ball Super ending with Goku and the gang saving not one universe but multiple. This newest movie kinda answers that question. In the film, Goku comes to the conclusion that bigger and stronger opponents are out in the universe. Dragon Ball fans are used to Broly only being in the films. However, this new canonization in both the manga and film leaves his appearance in the near future a very real possibility. 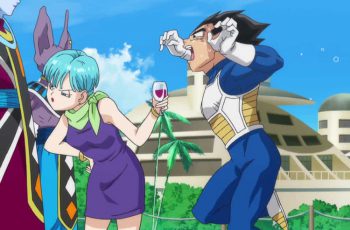