To celebrate this milestone, Fate/Grand Order has embarked on a “5 Million Downloads Campaign” featuring an array of gifts and rewards for players beginning January 30, 2019.

Rewards include:
– Daily login bonuses
– Increased success rates for Servant and Craft Essence enhancements
– The return of the acquisition quest of the Royal Brand Mystic Code.
– The return of the limited time ★5 (SSR) Caster-class Servant, Leonardo da Vinci
– And more!

For more information on the event check out the Press Release below!

LOS ANGELES, CA (January 25, 2019) – The English version of the hit mobile game, Fate/Grand Order has surpassed 5 million downloads since its release in June of 2017. Initially released in the U.S. and Canada, the global sensation has since expanded to be available in Australia, Singapore, Thailand, Philippines, and Vietnam on the Apple App Store and Google Play. Fate/Grand Order is currently available in over ten regions and five languages after overwhelming demand from fans across the globe.

The response in North America has been so strong that the mobile game will be kicking off its own special Fate/Grand Order U.S.A. Tour 2019 this year, beginning in Los Angeles, California and featuring special guests and never-before-seen exhibits. The mobile game also received critical acclaim with an Award for excellence in the “Games of the Year” category at the Japan Game Awards 2018 organized by the Computer Entertainment Supplier’s Association (CESA) this past September. In a press release by the Japan Game Awards, the association cites the game’s overwhelming support from its users as well as its excellence in providing “a vast worldview, strategic battles that require use of skills and Command Cards, a variety of unique characters with a cast of distinguished voice actors, all in a free-to-play title” among the reasons for their decision.

To celebrate this milestone of 5 million downloads, Fate/Grand Order has embarked on a “5 Million Downloads Campaign” featuring an array of gifts and rewards for players beginning January 30, 2019. Rewards include daily log-in bonuses, increased success rates for Servant and Craft Essence enhancements, and the return of the acquisition quest of the Royal Brand Mystic Code. The celebratory campaign also marks the return of the limited time ★5 (SSR) Caster-class Servant, Leonardo da Vinci, as character players can enjoy an increased chance to summon the limited-time Servant to their teams. This is the first chance players have had to summon Chaldea’s own universal genius since her original (and until now only) appearance during Fate/Grand Order’s First Year Anniversary event, held in July of 2018.

One of the most successful mobile games in the world, Fate/Grand Order has players embark on an epic quest known as the Grand Order to prevent the extinction of humanity with help from powerful Heroic Spirits, or Servants, who are based on popular historical, literary, and mythological figures. The game features strategic, turn-based gameplay, which requires players to assemble powerful teams in order to advance through the story. A joint project between TYPE-MOON, Aniplex Inc., and DELiGHTWORKS Inc., Fate/Grand Order is considered one of the most story-driven mobile games ever produced, featuring an expansive main story and side stories in addition to frequent in-game events. Together with its compelling narratives and characters, the game has captivated players worldwide and inspired countless cosplays, an original anime special, and the tabletop game, Fate/Grand Order Duel -collection figures-. In addition to being featured on Android Authority’s “10 Best Gacha Games and Mobile RPGs for Android” article, the game received praise from the official Apple App Store Games Twitter account, which posted: “We were curious why Fate/Grand Order was so popular. Now we can’t stop playing it.”

About Aniplex of America Inc.

The English version of the hit mobile game, Fate/Grand Order has surpassed … 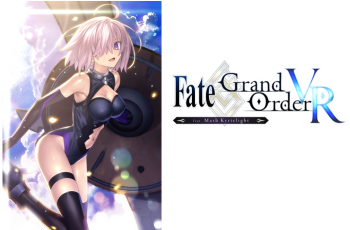 The FGO PROJECT launched the English version of the first …