Marvel Studios held test screenings of Captain Marvel last night.  Reported by Comic Book Movie, audience reactions have been tight lipped due to the non-disclosure agreements signed by the viewers.  However, snippets of information have found their way online.

While audience members have been extremely quiet on the quality of the film, several sources report “Goose the Cat” is someone to keep an eye on.  Marvel / Disney appears to be excited about Goose as well, being that the cat recently received a character poster with his Captain Marvel co-stars.

The recent release of Hasbro’s Captain Marvel action figures back up the idea that Goose has a bigger role than he appears.  The “cat” is included with both Captain Marvel in a leather jacket and Nick Fury.  The more telling figure is the one that accessorizes Fury.  Goose has a far more elaborate restraining system then one normally sees on a misbehaving feline.

In the more recent Captain Marvel comic books, Carol Danvers is shown to have a cat named Chewie (after everyone’s favorite huggable Wookie).  He first appeared in Giant-Size Ms. Marvel #1.  However, Chewie’s true nature was not revealed until Captain Marvel had an adventure with Rocket Raccoon (Captain Marvel (2014) #7 & 8).  Rocket explained Chewie was really a Flerken, an alien from a pocket dimension.  Flerkens look and act a lot like house cats with a few exceptions.  They have human level intelligence, lay over a hundred eggs to reproduce, can extend terrifying tentacles from their mouth, and are also living gateways to pocket dimensions.  Captain Marvel was eventually convinced of her cat’s origins when Chewie demonstrated all four.

Another spoiler that was leeked was that Hunter Parrish from Showtime’s Weeds also makes a cameo. After Weeds, Parrish has appeared on multiple television shows including The Good Wife, Good Girls Revolt, and This is Us. Twitter users described his Captain Marvel character as “most important,” so keep a lookout for him when you see Captain Marvel on the big screen.

Isn’t She Mah-velous? A little less than a month ago … 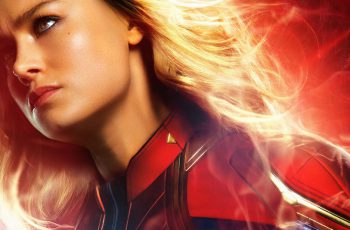 WARNING CAPTAIN MARVEL SPOILERS AHEAD Captain Marvel has been taking …