It’s been a decade since Kingdom hearts 2. and fans have been teased with spin-offs for nearly as long. Does Kingdom Hearts 3 live up to the legacy the franchise has set up for nearly a decade? That’s what I’m here to review.

Kingdom Hearts 3 Worth the Wait

Having waited so long for this game you can probably sense my excitement through the screen. I had this urge to play it the second it came out. I couldn’t wait to rip the shrink wrap off and pop it into my PS4. However, I was concerned for the game. Like I said previously, this game took nearly a decade to release. It did have several spin-off titles that crossed multiple systems, however. (Some of them, well, they didn’t do so well.) This allowed the story to expand upon existing stories and bring in all new ones.

Despite some worry in my mind, Kingdom Hearts 3 gave me that comfort that it wasn’t going to be a disappointment. But there’s still the lingering question: was it worth the wait? This game serves up the long awaited conclusion to Tetsuya Nomura story, combining the world of Disney with Final Fantasy elements for good measure. This is the third, numbered game of the series; I feel Kingdom Hearts 3 has the most accessible story throughout the whole franchise.

This game is about Sora once again traveling between worlds. This time he does so to awaken a power within him that he will need to use before he faces off in one final showdown against Master Xehanort. While there are loads of references to the other games in the franchise, I actually didn’t find it necessary to go over every detail of every game to enjoy this game.

Kingdom Hearts 3 has a both a full recap to blueprint important plots in the game as well as a new addition, the Gummiphone, which in turn acts as the new journal for Jiminy Cricket. This game carries the massive responsibility of having to paint itself out of a convoluted story line corner, while welcoming newcomers to the lore of Kingdom Hearts.

Square Enix and Nomura-san came up with an idea by creating The Memory Archives; small cinematic recaps of the main story will more than likely get the new KH players a good third of the way.

I know what you’re thinking. though. “How does Kingdom Hearts 3 hold up against the original and the games that came after?” Well that’s and easy one to answer. Hands down, it’s the best. If you are just coming into the franchise and you actually started with this game, that’s okay. If you are a fan that’s been playing since day one, you are going to be ecstatic.

In closing, Kingdom Hearts 3 is a remarkable piece of work from Square Enix, and possibly one of the best games we will receive. Even though it may not have the impact of previous titles, there is no reason to skip the last chapter of this wonderful franchise. 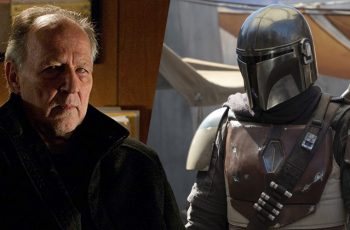 If there’s one panel I’m excited for at next months …
With its release right around the corner, Ralph Breaks the Internet, …