Who Did It: Written by: Marv Wolfman
Art by: Claudio Castellini

Is It Worth It: Big yes!

The Pitch: It’s Clark’s first few days in Metropolis and sucks at being Superman.

A Little Background: Marv Wolfman is a legend in comics, creating and writing some of DC’s greatest stories for The New Teen Titans, Crisis on Infinite Earths, Green Lantern, and even creating my favorite Robin, Tim Drake. A decade ago, Marv wrote this story for a series called Superman Confidential before it was cancelled. And now, a decade later it’s finally seeing the light of day.

The Review: Grounding Superman is always a risk, but in an expert’s hands like Marv Wolfman it is hard to see how this story was sat on since 2009.  Going back to Superman’s early days is not a new conceit, but showing Clark’s early failures and how he overcomes them to earn the S on his chest is a satisfying and wonderful ride.  Wolfman’s understanding of these characters gives them a depth and drive that grows as the story develops; his Lois Lane is one of the best depictions of the character and not just a driving factor, but almost more prominent in the story than the Man of Steel himself.

Some may find Wolfman’s style a little outdated at times, but it feels like a reflection of a different age of storytelling, which works with the time period that the story takes place in as well as Clark’s old style sensibilities and hopes contrasting against the “reality” of the big city.

DC has had a tough time lately with Superman and we haven’t had much going on with him that’s stood out since Action #1000 last year- it’s refreshing to read something that grounds and lifts this iconic hero up above the rest. 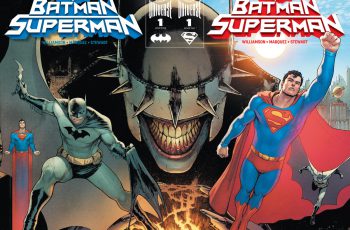 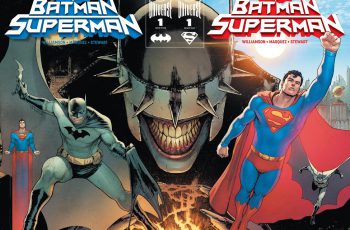