Flash back six years ago. George Lucas made the stunning announcement that he was selling Lucasfilm to Disney. Fans were immediately concerned about the direction of the Star Wars franchise. Their concerns were realized when Disney’s first “official act” was to declare the Expanded Universe no longer canon. The decision was understandable in some respects; the EU had grown convoluted and unruly. Nevertheless, there was still a great deal of content that could exist outside of “Legends” and within the new canon continuity. Rejoice, EU fans: it seems Disney might be ready to revive the Expanded Universe.

Before anyone gets too excited though, know this: discussions for doing so are preliminary, and the Expanded Universe content to make a comeback could be limited. This information comes from Super Bro Movie’s Daniel Richtman, who posted the following on Reddit:

Disney realized its mistake in relegating the entire Expanded Universe to Legends early on, thankfully. It immediately began to reincorporate some of the more popular EU characters and stories into the new canon timeline. Thrawn appears in Star Wars Rebels. Hammerhead Corvettes and more “Legends” material have popped up in Rogue One and other television and film media. Three have even been multiple references in Rebels and in The Last Jedi to perennial fan-favorite, Darth Revan. Like these characters and ships, the listed Expanded Universe topics in Richtman’s post could all easily be remade as canon without upsetting the current timeline, as well.

The Old Republic is a proverbial blank slate when it comes to Star Wars storytelling. Don’t forget, Game of Thrones showrunners David Benioff and D.B. Wiess are set to helm a trio of Star Wars films. If they focus on the Old Republic, they have a treasure trove of Expanded Universe material from which to choose. Likewise with Darth Bane.

I truly want this to be true. The Expanded Universe previously contained some of the best Star Wars storytelling there is. (Of course, thanks to time and actor’s ages (and, sadly death), the likelihood of a Shadows of the Empire feature is slim. They could always produce an animated feature though….) I’m taking all of this with a grain of salt, however. Super Bro Movie is, after all, the site that just announced Rian Johnson’s trilogy was dead. Johnson rebutted that presumption pretty darn quickly.

Still… if there’s a chance for EU content to make a comeback, I’ll take it. 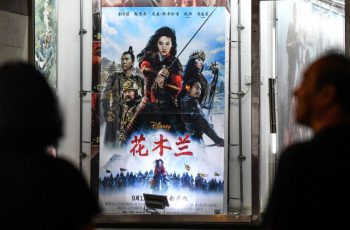