Comic Review Self Made #3: Round One – FIGHT! 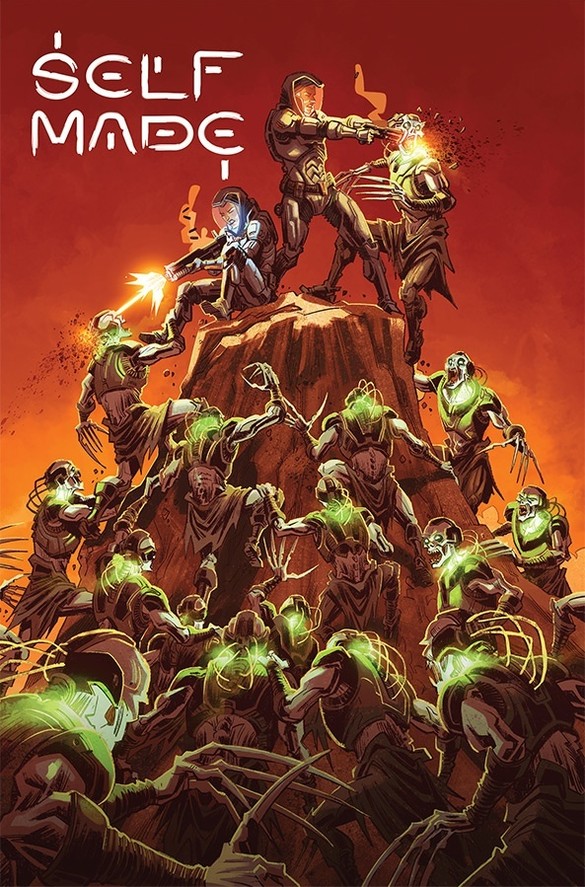 The one thing I have noticed with this series, it is not a fast read, nor light on detail. Some comics you can sit down and flash through in a few minutes or two. Others you can read fast, but need a second go through for what you miss. This title largely takes a slower, more measured pace. It is heavy on words and dialogue. I am enjoying this title, but if you are new to it, plan on approaching it as more of a book than a comic.

In the Last Issue

In the last issue, Rebecca ran out of time. Her experiment had been discovered. Rebecca was working on creating an Artificial Intelligence, but in doing so it was slowing her work and productivity. Also, the AI she created was beating opponents when she was not supposed to and exceeding her programming.

Rebecca gets in a fight with her coworker Bryce over her project and the program all together. A challenge is issued. Bryce challenges to fight the AI in a different game than she was created for. If the AI can best Bryce in a game she was not designed for, Rebecca will have achieved a great feat. Rebecca adds one caveat. The game is meant to be a 2 player game. Rebecca is to be player 2.

As issue 3 kicks off, Rebecca and the AI, Amala, getting ready to begin the game, a shooting game where all they have to do is shoot their way to the castle and kill the king. One problem, Amala, being in a new environment of science, metal and technology vs wizardry, swords and sandals, has a panic attack.

Rebecca does some quick talking and calms Amala enough to be able to fight. They manage to fight through wave 1 of the zombie attack and find temporary safety. Rebecca and Amala have a quick heart to heart as Rebecca brings Amala up to speed on who she is and what is happening.

With a promise of answers, Amala removes the bayonet from her spent rifle, grabs a pipe, leather and cord and fashions a spear, the weapon she knows best. Amala is ready to play.

Rebecca and Amala engage the space zombies again. Amala handles herself well, since she was created to be a warrior in the first place. Rebecca on the other hand takes a devastating strike to the chest.

With that wave beaten back, Rebecca spells out the nature of the game and attempts to find a way they can win. Her wound has all but knocked her out of commission. Amala refuses to trust Rebecca or believe her words. Instead, Amala turns herself into Bryce in exchange for real answers.

Amala is taken before Bryce the ghost king. Bryce laughs and belittles her. All Amala wants is answers, but Bryce instead attacks her and easily defeats her for the first time in their gaming encounters. Bryce screams she is nothing, a lazy idea, and he is going to take great pleasure in ending her.

While disheartening to Amala, she says it makes it easier to do the following. She pulls a grenade and to Bryce’s shock, detonates it. The programming of the game was that so long as one party member survives, Amala and Rebecca win. Sure enough a *Winner* banner appears around Rebecca. Pretty slick move. When one of the party members is too wounded to fight, you make sure they are the survivor.

Of course this comic doesn’t seem to believe in happy endings. Happy with the win, Rebecca goes to her boss who set the whole challenge up. He is pissed that the AI will make games unsafe and customers upset they are killing real people. Rebecca gets fired, and of course Bryce smashes the data pod that contains Amala’s AI.

Amala leaves with all her stuff in a box as is usually portrayed, except in said box is a baggie with Amala’s AI pod. We have to assume Rebecca is going to repair it, but for this comic to keep running there has to be a whole lot going on that we haven’t seen yet.

What is the point to the AI? Why create a warrior and what purpose will that serve going forward? The company is being set up as the bad guy, but are they merely concerned with profits, or are they an evil that extends beyond that? I am sure there is much more to be revealed in the issues ahead. 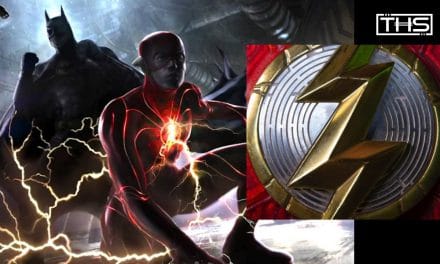 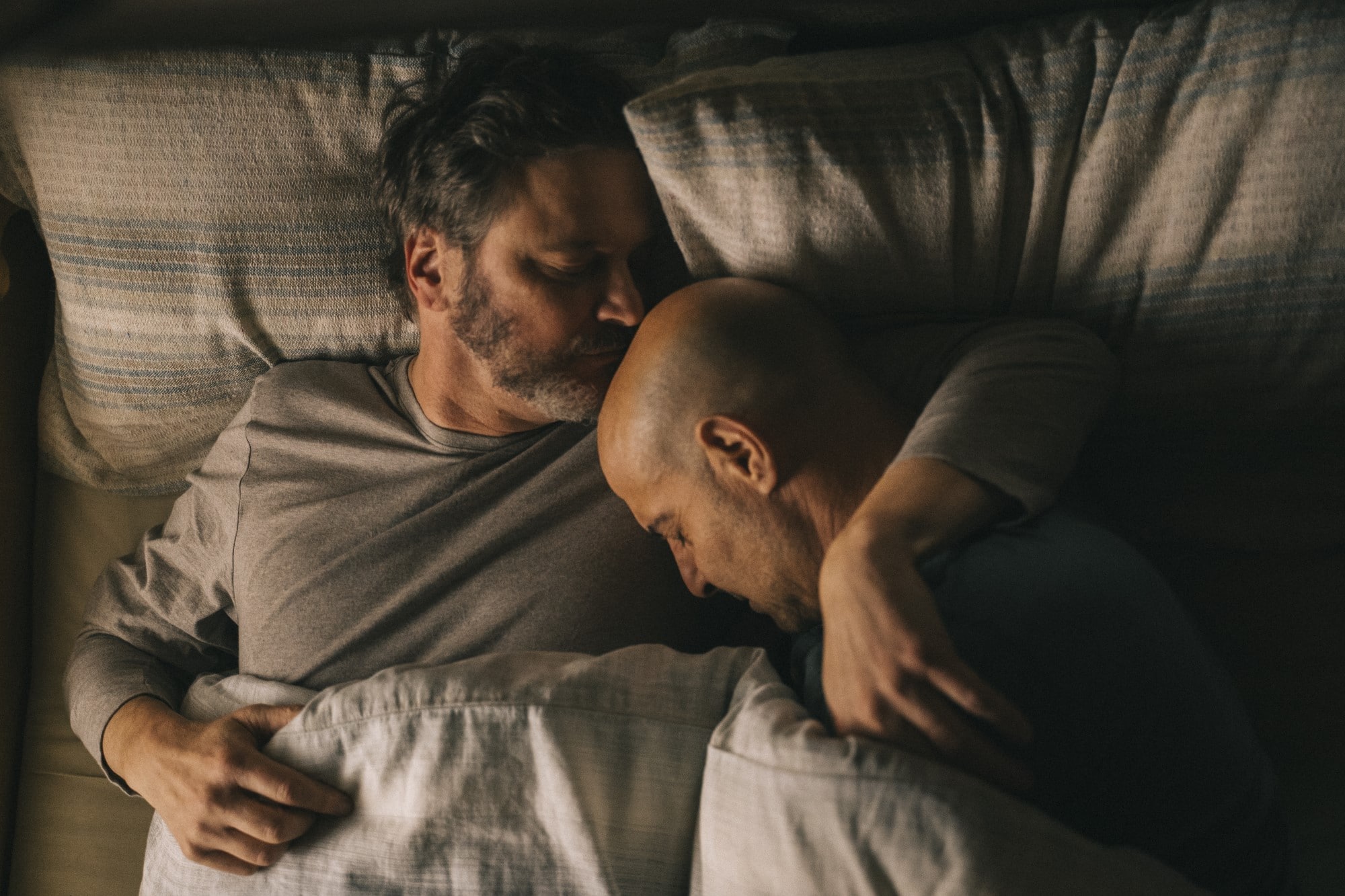 ‘Supernova’ Director Harry Macqueen On The Film’s Most Pivotal Scene 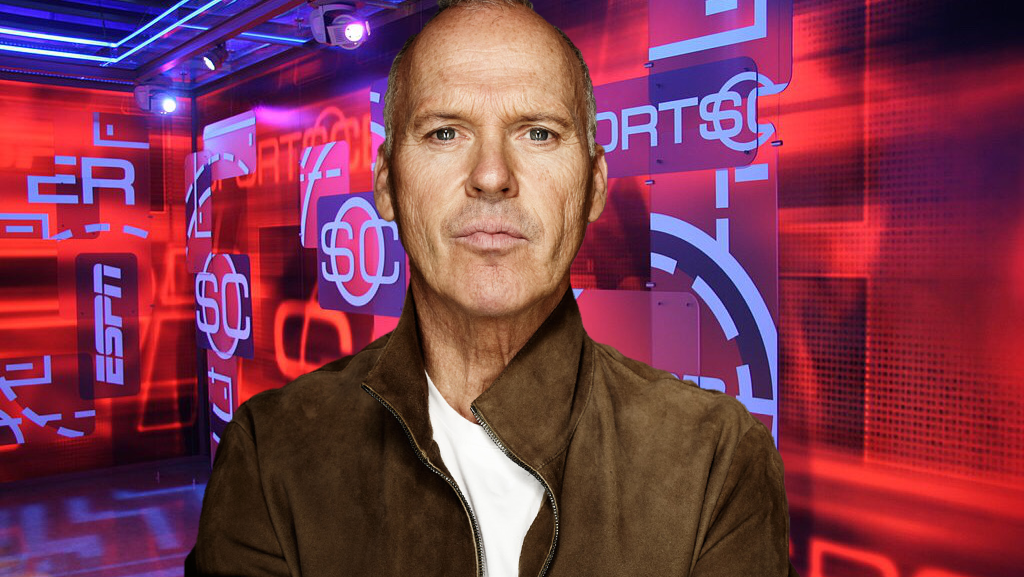