Before Power Rangers came to America well over 20 years ago, fans in Japan knew it as “Super Sentai.” To everyone’s surprise, the Sentai concept elevated to the next level in a very big way. And it all started because of our friendly neighborhood Spider-Man. With the release of the new Spider-Man trailer, the new Power Rangers series in America, and the Super Sentai series in Japan just around the corner, I thought I’d dive into the history of how Sentai came to be.

The Origins of Sentai

Japan was finding huge success in the entertainment industry, thanks to the rise of Tokusatsu’s films and television series. It was here that Marvel saw their window of opportunity to cash in on the craze. Marvel and Toei came to a three- year licensing agreement that would allow each company to use one another’s properties. With that new agreement in place, Toei found itself leading the charge with the one and only Spider-Man. They created a live-action television series which aired from May of 1978 until March of 1979. This live-action tokusatsu television series had forty-one episodes under its belt, plus a short film. With the exceptions of his suit, and gadgets that he used throughout the series, Toei’s version of Spider-Man would be blatantly different from its U.S counterpart/ That, of course, aired one year before this series.

In typical Toei fashion, Spider-Man followed the modern hero formula. His goal? Prevent the villain from taking over the world. Oh, and engage in a battle with the “monster of the day” for good measure. However, this show would also take a new approach. When the fight would intensify, the “monster of the day” had a new trick. It would usually alter its appearance by growing to an enormous height. Spider-Man would then call on his mecha called the “Marveller” and it would transform to finish off the monster.

This series began utilizing the gimmick of having a giant robot battle at the end of each episode. (That was thanks to the growing popularity of giant robots in Japan at that time.) The use of the giant robot would play a very significant role in later years when it came to Super Sentai. In fact, it was one of the primary reasons why Sentai would later be named Super Sentai. As the Toei company began to see tremendous success with the Spider-Man series they planned on making their next collaborated series, but in the form of their third Super Sentai entry. Here they would plan an adaption of the Marvel hero Captain America with the end product resulting in the Sentai team known as Battle Fever J. That show debuted in 1979.

That following year Toei released another Sentai series, Denshi Sentai Denziman (or Denjiman). It gave the team their first portable transforming device, and first transforming mecha in Super Sentai. It also gave us our first female villain with the character Queen Hedrian, Played by Machiko Soga. Soga also played Witch Bandora, or Rita Repulsa for western audiences. Queen Hedrian was actually inspired by Marvel’s Hela, the Asgardian goddess of death and an enemy of Thor.

Taiyo Sentai Sun Vulcan, the series that followed after Denziman, would end up being the first Sentai to serve as a direct sequel to its predecessor, as well as the last series to be under Marvel’s copyright. Stan Lee was very interested in bringing the series to the states and doing exactly what we have now with Power Rangers. Marvel, however, was unable to secure an American television agreement with a network. Although the time with Toei and Marvel was short, it helped Toei implement all new ideas for the Sentai that we all know today. 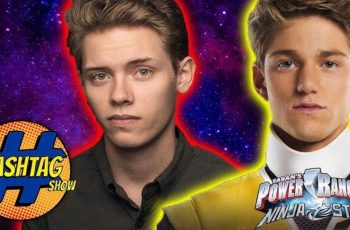 In a Morphin Monday our very own Jezzer Zeus in …
Super Sentai and Power Rangers collectors rejoice. Premium Bandai is bringing Denji Sentai …