The Umbrella Academy, Netflix’s latest comic book adaptation, is fine, I guess.  The story plays out in a sufficient arc, the pacing is steady, and the action is pretty decent. While I was never bored, however, I was also never really excited. And that’s what surprised me most by this series.

Gerard Way’s original Umbrella Academy comic is a mess. Outrageous characters, a confusing plot that doesn’t hold up upon inspection, extreme violence, and an absolute masterpiece of wonderful weirdness keeps you engaged and turning pages with glee. There is a dangerous charm to the comic – a deranged joy that should have been the heart of this TV series. Instead, we get limp and stale storytelling, and the insanity is turned down from 11 to 1.

There is so much wasted opportunity in this Netflix series. Every scene plays out just as you expect, banking on great music to uplift the same old tricks you’ve seen in every other Superhero series. In 10 episodes, there is no standout moment to talk about or spoil at work. After the finale, you’ve mostly forgotten the show in general. The plot is coherent, well told and cleanly shot- but it’s just standard fare. No risks were taken; nothing was gained, but almost worse- nothing was lost either!

In taming the chaos of the comic, it lost everything that made it great.

It’s almost impossible to see any comic adaption without comparing it to the source material. Which may be this series downfall, as the show isn’t bad. It’s not bad at all. And comparing it can only lessen that status.

The best example is a teleportation battle set to an all too familiar Queen song in the early episodes. It’s a cute battle with one cool trick at the center, but it never feels original goes somewhere you don’t expect. These moments should stand on the shoulders of other Scifi battles and make the moment their own, instead, it settles for on a nice, enjoyable battle that holds your attention, but never does anything with it

If anything breaks the surface, it’s the acting. Ellen Page, as Vanya, hits every beat, dragging your attention away from whatever distraction your phone offers back to her talent every-time. Aidan Gallagher is the breakout star, however. His character, “Number Five”, is intently missed whenever he is not on the screen. When he is, he’s a delight to watch. And on the whole the cast is a great ensemble, giving a base script their best and, in truth, bringing more life to these characters then the writing deserves.

If you don’t go into a binge of Umbrella Academy with high expectations or having read the comic you’ll be pleasantly accommodated. Keep your expectations low and, like the show, you’ll be fine.  Just Fine. 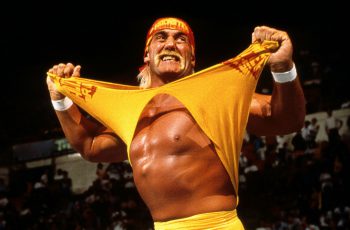 Fire up “I’m A Real American”, because The Hulkster will … 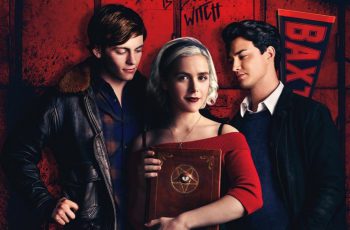 The Chilling Adventures of Sabrina Season 2 is out today …