Mego action figures were 8″ heroes and heroines. They weren’t just super heroes, however. Mego figures included space adventurers, celebrities, TV stars, and more. These action figures were a permanent fixture in the toy industry for over a decade. Owning a Mego meant playing for hours, creating adventure after adventure and never once saying, “I’m bored.”

When was it introduced?

The Mego Corporation started in 1954. They found success in making cheap, interchangeable dolls to be sold at dime stores. However, the real explosion for the company started in the early 1970’s when they acquired the licensing for comic book superheroes, and then for stars of TV and film. Their success was so large that the company actually turned down an offer to make Star Wars figures, as they felt that the line wouldn’t be successful (sad trombone).

As stated earlier, the company made a wide variety of figures. A prime example of how big the company grew was the fact that they made Sonny and Cher dolls. Cher was Mego’s most popular figure in 1976. Mego also made accessories, like motor vehicles, playsets, and many others. The company sold figures from Star Trek, Planet of the Apes, Tarzan, DC, Marvel, and more. Sadly, the Mego Corporation couldn’t sustain its popularity, and it slid into bankruptcy in the early 1980’s.

Why is it Important

For Generation X, the Mego line of action figures will always be a very tangible reminder of our childhood. I specifically remember the hard, plastic boots, the snaps that kept tearing off of the cloth capes, the mittens that our heroes wore on their arms, and most importantly the hours of entertainment while playing with these extremely awesome figures. They were durable and were the perfect size for sneaking in to school in your backpack. The Mego figures also made excellent choices for show and tell.

The beauty of the internet is that it allows us all to find and purchase little parts of our childhood. Mego figures are available on auction sites, from independent toy dealers, and even online garage sales. The quality and condition of the figures vary greatly, but if you have the coin to spend, you can purchase almost any vintage figure, accessory, or set. Personally speaking, my childhood Megos were the comic book heroes. So if any of you are thinking about buying me a gift, feel free to send me a Mego. 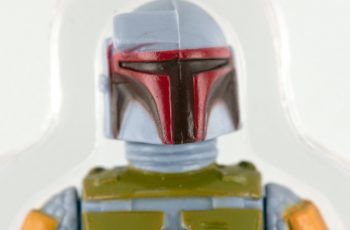 Alright Star Wars collectors, time to get off your wallets. … 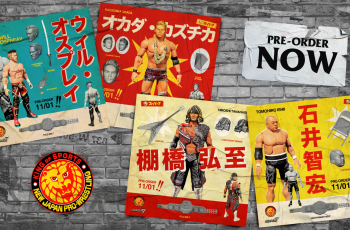 Super7 has released images of their NJPW Ultimates toy line, …