We’ve discussed this particular aspect of the film a couple of times. I give Rian Johnson full credit where due. Not only was this scene probably the most stunning scene of Star Wars: Episode VIII, I rank it among the best scenes of the franchise. The silence of the scene, the subtle lighting, and the import of the act all combined to take your breath away even if momentarily.

The Last Jedi remains the most divisive film of the franchise. Consequently, I have two questions for you, Fanatics: 1) If you enjoyed the film, are you able to recognize its faults; and 2) If you didn’t like the film, are you nevertheless able to appreciate the positive aspects of it?

Thanks to Dave Thompson for his comments and for keeping me honest. It’s passionate fans like Dave that inspire us writers, and that are the reason Star Wars Fanatics is now over a quarter of a million members strong. Until next week’s Fan Feature, may the Force be with you! 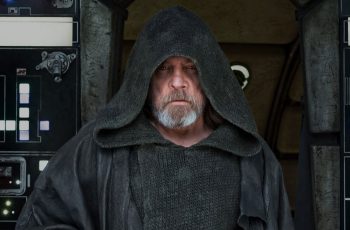 Anyone keeping up with Star Wars news will assuredly be …

Sure, it took a movie and a half. But when …