In High Level #1, Thirteen is a sewage girl whose job is to clean out the sewage tanks of this post-apocalyptic world until being tasked with a new job.

Thirteen came across a man whom she traded water in return for a book which he said used to be very important. She discovers that everyone used to follow the stories and morals in the book and it was called the Bible. Thirteen had never heard of it and didn’t really like it.

One day while drinking at a bar, a military group called Black Helix showed up looking for a man traveling with a child. Thirteen split as soon as she could, Black Helix is bad news and she thought they were after her.

In need of some extra cash, Thirteen accepts a job stealing some [micro]chips.  Of course, things don’t go according to plan and an old friend saves her butt at the last minute and enlists her for a new mission which may end the war ravaging the north.

This issue may be the worst comic I’ve ever read.  It is full of cliches and very well worn plot points.  The mysterious book Thirteen read was the Bible because of course it was.  As soon as she said the man was trying to trade a book I knew it would be the Bible.  I also guessed she wouldn’t like it. It doesn’t matter to me if she loved the Bible or hated it because it has nothing to do with the story.  The social commentary isn’t well done or necessary to the story so why include it?

*SPOILERS* The next cliche is the cargo Thirteen’s friend asks her to take across the country is a little girl.  This is very original because I didn’t see the same thing in Logan, Last of Us, Children of Men or many other places. It is so unoriginal and all three of those stories were done so well that it will be incredibly hard to be half as good as those.

I bet I can guess how the rest of the issues will go.  Thirteen and the girl will not get along at first, but as the story progresses they will find common ground and begin to love each other.  In the last issue or two Thirteen will risk her life to save the girl and the girl will survive because of Thirteen’s heroism.

It is very tempting to read more issues to see if I’m right, but this comic is so bad it just isn’t worth it. *END OF SPOILERS*

The issue is boring and unoriginal without any compelling reason to read the next panel.  I would have expected a story like this from a super indie publisher, but this is DC. A comic of such low quality should have never left their presses.

The only positive I can think of is the art is good.  It is not wonderful or anything special, but it is done competently.  It is just a shame the art was attached to such a bad comic.

This comic should be avoided at all costs.  It will suck out your soul and you will be left a empty husk unable to feel happy ever again.  Well that isn’t true but it will sure feel like it. 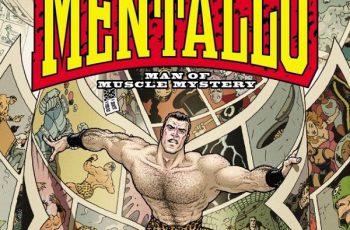 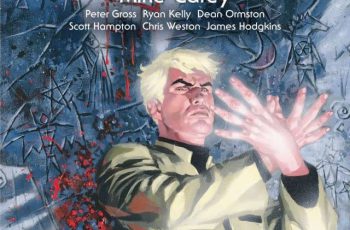 Story Synopsis: Lucifer: Book One Lucifer used to be the …