Tommy Taylor is one of the most famous characters in the world, but he is based on a real person.  Find out what it is like to have to live up to a fictional character in The Unwritten Vol. 1.

The character is basically a “Harry Potter like” child who can use magic. Tom Taylor’s dad wrote 13 books with his son being the central character.  Taylor is now an adult and works the convention circuit to earn a living.

He signs autographs, takes pictures, answers questions about “his” adventures, and most frequently is asked when the 14th book will be released.  Years ago Tom’s father disappeared and never wrote the 14th book of the series.

A theory persists among fans that Tom is actually Tommy and he has left his world and now lives in ours.  This sounds ridiculous to Tom, but when a woman says he may not actually be Tom Taylor new questions arise.  Tom goes hunting through his past to see who he really is and the theory that Tom came from another world begins to sound less far-fetched.

The Unwritten Vol. 1 was written by Mike Carey with art by Peter Gross.  DC’s Vertigo imprint published the volume in 2013.

I thought this was a really cool idea having basically Christopher Robin from Winnie the Pooh mixed with Harry Potter.  The character is a character but also a real person, What’s most interesting is the mystery of how Tom really might be Tommy, or at least not who he thought he was, is slowly becomes more true.

However, this story progresses too slowly.  In this volume it barely scratches the surface of the mystery of Tom/Tommy Taylor.  I wanted to know a lot more about what was going on in the story.

What I didn’t expect from this volume was how gory it was.  It starts like a young adult book, but by half way through people are being cut in half.  A serial killer is hunting down Taylor and murdering people very graphically. I didn’t dislike how graphic it was, but I was caught off guard by the sudden tone shift.

I can see this being a really well written and deep story, but it is just not there yet in the first volume.  Everything is just happening a bit to slow for my tastes.

Not to say that this is an uninteresting story overall, but this volume is a bit boring.  I wanted more, leaving me unsatisfied by the end of the volume. 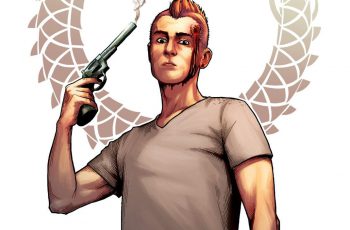 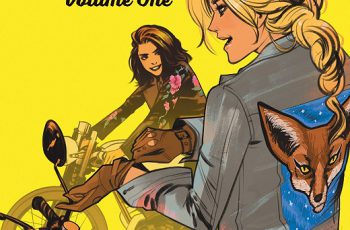 Betty and Veronica start a biker gang to deal with …