The second season of DC Universe’s Titans, the show that kicked off the new DC digital platform, is gearing up to go into production fairly soon as we continue the adventures of Robin, Starfire, Raven, and Beast Boy. While we have no premiere date set, the show is currently actively casting several new roles. We at That Hashtag Show recently broke the news that casting was underway for Slade Wilson a.k.a. Deathstroke and his daughter Rose Wilson a.k.a. Ravager, as the Deathstroke family is taking center stage in the new season.

Today, we can confirm The GWW’s report that the show is casting a new character that will be a guest recurring one, and as usual, the character is under a fake name as it is most likely an already established DC character. Meet “Jack Cole”, a Caucasian male who is 35-49 years old and would be a recurring guest star. Described as a stubborn and mysterious man whose past haunts him, “Jack” is a vigilante who tries to stay out of the spotlight as he seeks to help people in need. Behind his gentlemen mask, hides a dangerous fighting machine whose has caused him to become a bit of a lone wolf. As “Jack” continues to fight for others to have better lives than himself, the question that occurs in his journey is whether he will ever be able to let anyone in his life.

The GWW speculates that this could be for the DC superhero Guardian, who in the comics has been a legacy character. Jim Harper, who is the uncle of Roy Harper a.k.a. Arsenal, was the first person to carry that title. Currently, the Guardian character exists in the form of Mehcad Brooks’ James Olsen on Supergirl.

While we don’t have any specific guesses for who this could be, it should be pointed out that “Jack Cole” does have some meaning in the DC Universe. There was an artist named Jack Cole who was the creator of the superhero Plastic Man who was created for Quality Comics back in 1941 and has existed in DC Comics since 1956. This would be the second heroic character to join Titans, as we just got the news of Joshua Orpin being cast as Conner Kent a.k.a. Superboy.

Stay tuned here on That Hashtag Show for all things related to Titans and everything trending in geek pop culture! 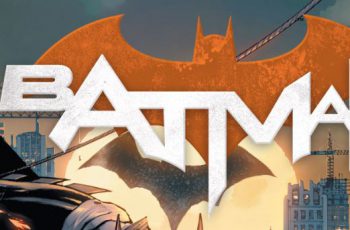