Many websites are prematurely releasing top box office failures for 2019 even though we are barely into its third month. On most list of failures is Alita: Battle Angel. People have been quick to call this a box office failure, but that really depends on your point of view. It also shows how diverse and complicated the box office has become in today’s world. Alita is actually an Angel fighting for respect.

There really are not too many ways to spin the domestic box office for Alita. It sucks. So far after three weeks, Alita has only made $72 million domestically on a roughly $170 million budget. With Captain Marvel ready to obliterate everything at the box office this weekend, the chances of Alita reaching $100 million does not look good.

If we look at last year’s numbers, this would place Alita around 35th near Christopher Robin and Fifty Shades Freed. This is not all together bad, but it is not great either, especially for a film that makers were hoping could launch a new franchise.

Hope From Across the Sea

Unlike most films though, there is hope. While Alita may struggle to reach $100 million here, so far it has grossed a whopping $278 million from foreign markets. China alone has contributed $65 million to the take. Now all of a sudden the little film that failed has fought its way past the $350 million mark. Oh how the tides have turned!

Using last year’s numbers, this would place Alita solidly at the #28 spot around films like Marry Poppins Returns and Spiderman: Into the Spiderverse. Not bad company at all and it is set to go even higher. Alita is now pushing into the gray area where studio execs are asking “Do we do the sequel?”

In order to break even reports are Alita will need to reach roughly $450-550 million. One has to account for not only the production budget, but also the cost of advertising which can add another 30%, depending on how heavily a film is marketed. It is difficult to tell if Alita can reach this. If it does, the overseas box office will have to really come through. If it doesn’t will it be close enough to green light the sequel.

Today’s world is so much more complicated than the past. Movies of the past were based solely on the domestic take and whatever it did overseas was just bonus. In today’s world, many a box office bomb has gone on to excel overseas and push the film into the next level of success.

In 2017, Transformers: The Last Knight bombed domestically only bringing in $130 million; However, by the time its overseas journey concluded, TLK brought in $475 million for a total of $605 million. That is a lot of money for a “bomb”.

Warcraft is much the same. In 2016, domestic movie goers really did not take to the film. It only did $47 million, but once you add in the $386 million from foreign markets, you get $433.5 million.

Asia To Help the US Markets

This is where Asian markets, especially China, can help diversify American films. Movies like Warcraft and Alita are gambles here in the US, but they play heavily into Asian markets. After all Alita is based off a Japanese Manga to begin with. Hollywood may gamble just a little more if they know they have a film that can do well in Asia and overseas in general.

If you are a fan of Alita, go see it in the next couple weeks and help push it as far as it can go. It really is a good film and deserves a sequel. We need more films like this. 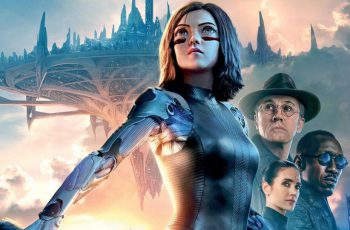 With the movie industry being in shambles due to the … 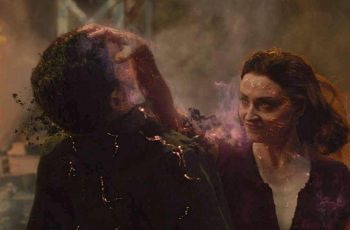 Dark Phoenix released on Thursday. It will be the very …