If there’s one actor that’s never had an issue with saying what he truly feels, that actor would be the ever bad ass Ian McShane. Not only is he reprising his role as Mr. Wednesday in the eagerly awaited second season of American Gods but once upon a time he was actually on one episode of Game Of Thrones.

Back in season six of Thrones in the episode titled “The Broken Man” McShane played the character Brother Ray, and he was Amazing. While promoting his appearance he was not holding back on what he thought of the hit series. “I was accused of giving the plot away, but I just think get a f*cking life. It’s only t*ts and dragons.” Even if you love Game of Thrones, you have to admit, “t*ts and dragons” is hilarious.

McShane isn’t the only American Gods star who feels this way about Thrones. When asked by Digital Spy whether Gods can replace Game Of Thrones as the next fantasy series, star Ricky Whittle (Shadow Moon) said “I don’t think it’s going to replace anything. I feel it’s something completely fresh.”

He added, “When people say it’s the next Game of Thrones, I think they mean that it’s a big expensive show, it’s a monster of a show. I think it’s even more beautiful, I really do. Ian McShane said it right, Game of Thrones is ‘tits and dragons.’ Visually, American Gods is a stunning and unique show, I’d not seen anything like it before. It’s great to watch.” (Via)

Now don’t get me wrong, American Gods is no GOT, but the first season was incredible and hardcore and so fresh that it became one of my favorite series of 2018. American Gods returns for season two on March 10. 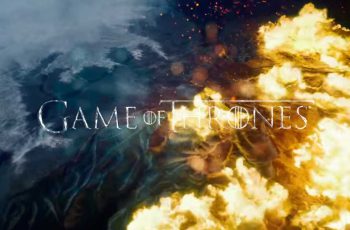 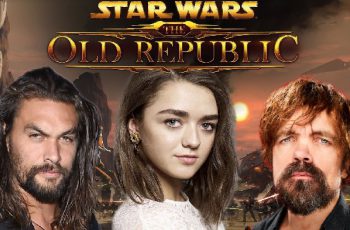 There’s been a lot of talk about the Benioff and …