With the release of Captain Marvel this Friday, the first reviews have been mixed to say the least (Check out our review here). One critic who has had no problem giving his opinion on the film is former DC Comics artist Ethan Van Sciver. The 26 year old comic vet who’s worked on Geoff John’s Green Lantern released a video trashing not only the film but the character herself.

“Day two of the Captain Marvel review embargo having been lifted. Listen. The internet is awash with unwashed weirdos freaking out being very, very unhappy about the fact that this movie, of course, of course, isn’t a very good movie,” Ethan Van Sciver says. “It’s not possible to make a good Captain Marvel movie. It just really isn’t possible. It isn’t possible to make an excellent Captain Marvel movie, one that can actually fulfill the hopes and dreams of women everywhere. Why? Because Captain Marvel isn’t just that good of a character. Captain Marvel is a character built on convenience, built on the desire of Marvel Comics to virtue signal that they, too, have their own Wonder Woman. Their own standalone powerful female character that is not connected to any teams like the Fantastic Four, X-Men or Avengers, or anything like that — somebody who has been beloved for decades and decades. They don’t have anything like that.”

At last weeks press junket for the film, Marvel Studios President Kevin Feige said that Captain Marvel is one of the most popular and powerful characters in comics today. Now let’s be real here, that’s not the case and Van Sciver has no problem tearing that notion apart.

“Of course. Of course. Marvel is out there pretending right now that everybody has always loved Captain Marvel, that she’s popular. This character has canceled nine comic book series that have been launched in her honor. She can’t maintain an audience,” Van Sciver offers. “People just don’t like this character very much. She’s okay. She is a guest star. She can guest star in someone else’s book, but actually maintaining her own comic book is tough when you have no personality and you are an SJW character.”

He continued by explaining the history of the character along with Mar-vel, and Rogue in Marvel comics.

“So they reached into obscurity and plucked out Carol Danvers, the second Captain Marvel,” Van Sciver explains. “There was also Captain Mar-vell who was a man, and Carol Danvers was an incidental character who within his story arc, she gained the powers, she’s Captain Marvel. Ultimately, the biggest thing people remember about Captain Marvel is that she was kind of a pushover and Rogue, from the X-Men, stole her powers and became totally awesome for a long time. Rogue touched her, absorbed her powers and then could fly and do all the things Captain Marvel could do and retain some of her memories, and that was pretty interesting. Other than that, Captain Marvel is a big zero. And yet there she was. Ultimately, she had the last name Marvel. She was her own character. She wasn’t like She-Hulk or Spider-Woman, one of these female characters that was just created to protect the trademark of their male established characters, like Spider-Man and the Hulk. Could she be Marvel’s great white female hope? Uh. No. Definitely not.”

In his rant he continued to explain how boring and unrelatable of a character Carol Danvers is compared to every other Avenger.

“In the meantime, you look at every other character in The Avengers and you have complicated, complex, three-dimensional characters that people can relate to,” Van Sciver says. “Everybody can relate to Tony Stark. He has everything he wants, but he has a drinking problem. That is his demon that he has to fight in order to be a superhero. He is a little bit arrogant and all of that stuff. People like that. People like to relate to that. Peter Parker has these powers, these very, very strange powers, but he is also broke and down on his luck all the time. He’s shouldering the care for his old Aunt May. All of these things, these are complicated characters that people love because of their flaws. Why SJW’s don’t understand that is behind me.”

Marvel and Disney are hoping Captain Marvel is the their first big hit of 2019 and if advance sales are a sign, expect the film to have a $100 million dollar opening. After seeing the film it’s no doubt Captain Marvel will be the future leader of the Avengers and next few movies so let’s hope fans can take a liking to her as they did to Iron Man a decade ago. 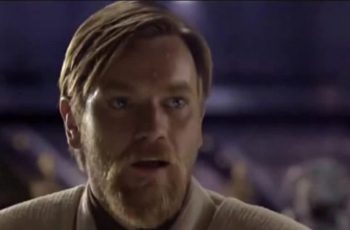 Ewan McGregor gives us his…unique take on what the new … 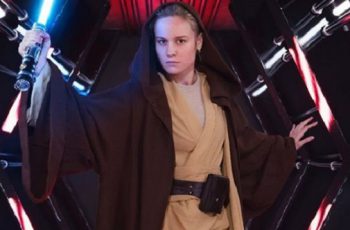 Brie Larson (Captain Marvel) has made no secret about the …